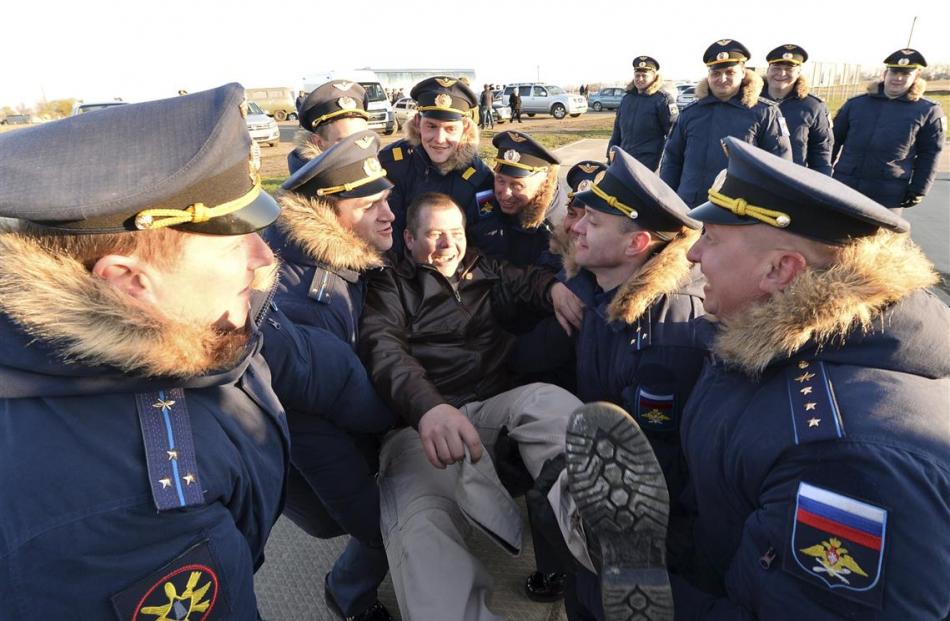 Servicemen throw a pilot in the air as they gather to welcome Russian military aircraft and pilots upon their arrival from Syria during a ceremony at an air base in the town of Primorsko-Akhtarsk in Krasnodar region, last week. Photos by Reuters. 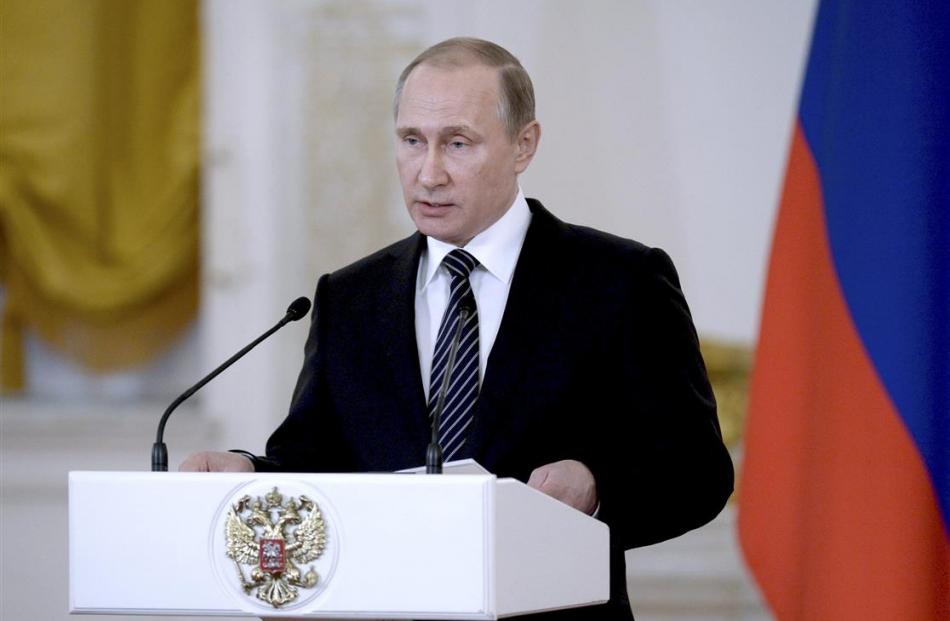 Russian President Vladimir Putin delivers a speech during an awards ceremony for soldiers returning from Syria, at the Kremlin last week. 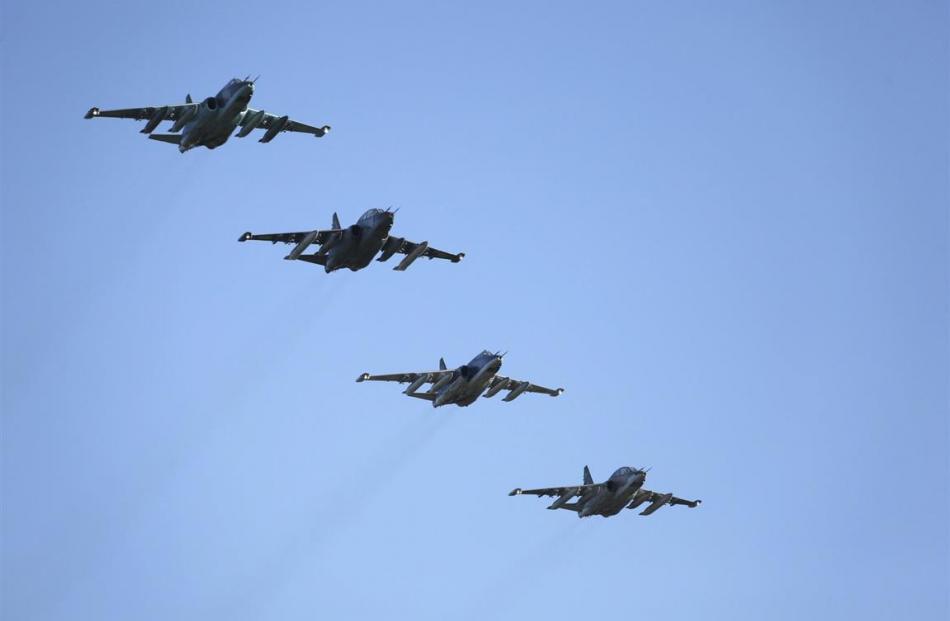 Russian Sukhoi Su-25 fighter jets fly in formation after returning from Syria, before landing at an air base in Krasnodar region, southern Russia, last week. Photo by Russian Ministry of Defence.

And most of the Russian forces in Syria are going home after only five months, not the eight years that American troops stayed in Iraq.

"The effective work of our military created the conditions for the start of the peace process,'' Mr Putin said last week.

And it has indeed been a remarkably intelligent and successful intervention.

The Russians said right from the start that it would be a limited operation both in scope and in time, and that their goal was not to help the Assad regime reconquer Syria but to restore the military stalemate in the civil war as the necessary preliminary to a ceasefire and peace talks.

And that is exactly what they did.

Western media were surprised by Mr Putin's announcement at the beginning of last week, but only because they had come to believe their own governments' propaganda.

If you have convinced yourself that the evil Russians are backing the evil Syrian regime in order to extend its evil rule, and that the preferred Russian tactic is the deliberate bombing of hospitals and schools, then you are bound to be bewildered when reality intrudes.

The real reason for the Russian air campaign in Syria was not to "re-establish Russia as a major player'' in the great power game, or to demonstrate the effectiveness of their new-generation weapons to potential buyers overseas, or to maintain their access to a small naval base on the Syrian coast.

All these petty explanations were offered by Western politicians and journalists, who diligently ignored the obvious reason for the intervention.

Last summer, the Syrian army was at breaking point.

If it cracked then the whole Assad regime would go under, and all of Syria would fall under the control of the Islamist extremists of the loathsome "Islamic State'' and of the Nusra Front, a branch of al Qaeda.

(By 2015 the "good'' rebels fighting Mr Assad were only a small fraction of the opposition forces.)

A triumphant and vastly expanded "Islamic State'' was definitely not in the national interest of Russia, which has an 8% Muslim minority and is not that far away from Syria.

So the Russian air force was sent in to save Mr Assad from defeat - but not to win him a decisive victory.

Even with Russian air support, the Syrian army was too weak to destroy all the rebel forces and retake the whole country.

Moscow just wanted to make sure that the Islamists didn't win, and to push the other rebels back far enough to make them understand that they couldn't win either.

Then it would call for a ceasefire and a peace conference that specifically excluded the Islamists.

Russian aircraft carried out more than 9000 combat sorties in five months, according to Defence Minister Sergei Shoigu, and helped the Syrian army to regain control over 10,000sq km of lost territory.

That done, Moscow started pushing hard for ceasefire talks between the Assad regime and the non-Islamist rebels.

Both sides needed to be pushed, so Russian Foreign Minister Sergei Lavrov enlisted the aid of US Foreign Secretary John Kerry to put pressure on the rebels.

Meanwhile, he started twisting the arm of Bashar al-Assad, who sometimes fantasised aloud that with enough Russian help he might one day reunite Syria by force.

And Mr Lavrov's main tool of persuasion was the prospective withdrawal of the Russian air force.

Both great powers agreed that the two parts of Syria controlled by the Islamists (al Nusra in northwest Syria, "Islamic State'' in the east) would be excluded from the talks, and would remain legitimate targets for attack.

And both parties also agree that Mr Assad will not be allowed to stonewall and simply refuse to discuss the question of his own departure from power as part of a compromise peace settlement.

That is why Moscow has made an early announcement of Russia's troop withdrawal (without any published timetable): to make Mr Assad understand Moscow's real position.

Russia doesn't care whether Mr Assad stays in power personally in Syria, although they would clearly like to see a friendly government in Damascus that continues the long-standing alliance with Moscow.

In fact, they see Mr Assad as a brutal and inflexible man who should be replaced by a more acceptable figure when it is safe to do so.

But it will probably not be safe to do that until the Islamist-controlled territories are isolated, blockaded and besieged, so Mr Assad will remain in power for a while yet.

It has been an elegant diplomatic operation backed by a very precise and effective military strategy.

There is still a chance that it could all go wrong, but the Russians may have actually given Syria a chance for a decent future.