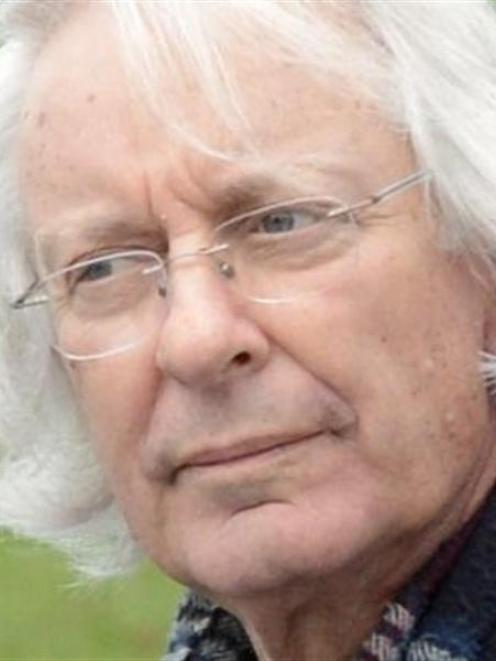 It was Benjamin Franklin who said ''They who would give up essential liberty to purchase a little temporary safety deserve neither liberty nor safety.''

The challenge facing New Zealand is how to get the balance right between liberty and safety.

This is particularly important given the huge surveillance capabilities now available to the NZ Government and all the other governments in the so called ''Five Eyes'' arrangement which links the United Kingdom, the United States, Canada, Australia and New Zealand.

I want to argue the most important source of both direct and indirect security for New Zealand does not rest on our capacity to identify the occasional, homegrown or overseas-based malcontent who would seek to undermine the New Zealand state.

It rests on the quality of our community life, rather than the vitality of the State.

This is made up of multiple mutually satisfying personal, social, economic and political relationships only a minority of which have anything to do with the State!

Our real security lies in the quality of the relationships we have with each other, rather than the security of our nation state.

If this argument is true, there can be no real security where there is growing inequality, unemployment, grievance and injustice.

These negative dynamics are the real challenges to our safety and tranquillity.

When states are forced to highlight their security and intelligence institutions as the major bulwarks of national safety, this reduces their legitimacy and lowers confidence in the safety that flows from trusting relationships.

In addition to the relationship between community life and safety, New Zealand, like most Western democracies, has legislation in place which guarantees the right to life and its protection against unwarranted actions by public authorities and private persons.

Citizens can expect protection from arbitrary killing by agents of the State and there are strict controls limiting the circumstances in which a person may be deprived of life by state authorities.

Our Human Rights legislation ensures no person will be extradited or deported if there is a real risk of violation of right to life in the receiving state.

It also guarantees the right not to be arbitrarily arrested, detained or exiled and the right to be treated with humanity and respect.

It guarantees the right to be free from torture and cruel, inhumane and degrading treatment.

These rights should not be taken for granted.

They have to be fought for and sustained through time.

The key question confronting all New Zealanders in the face of all the revelations about our surveillance capabilities is ''Who guards the guardians?''

Has the balance of power shifted from individual citizens and an active civil society to the State?

What are the implications of this for both freedom and security in Aotearoa New Zealand?

The Global War on Terror resulted in a dramatic expansion of state power, state surveillance and the subsequent erosion of individual liberties.

Because of the ''ratchet effect'', states never truly relinquish the power they seize during moments of crisis.

Statutes and laws passed post 9/11, for example, have all tilted the balance of power towards states and away from people.

This is most extreme in the US but also prevails here in New Zealand.

The Snowden revelations sent shockwaves throughout the world but public opinion here and in the US is now polarised over surveillance.

A Pew Poll at the end of July 2013 found that, for the first time in a decade, the majority of Americans were more concerned about the government infringing on their civil liberties than about a potential terrorist attack.

Americans now believe preserving the rights of US citizens is more important than preventing terrorist attacks.

Since the NSA revelations, Americans have become more opposed to government surveillance and more in favour of civil liberty.

One document from the American National Security Agency, titled New Collection Posture, invites New Zealand's security services and those of other so-called Five-Eyes nations to ''sniff it all, know it all, collect it all, process it all and exploit it all''.

This poses a very real challenge to our liberty irrespective of how the Prime Minister and other political leaders wish to spin this request.

Apart from the ethics of being able to trawl through massive numbers of phone numbers, email address and online chats, we also now know this meta-data gathering has little or no political purpose.

In the immediate wake of the early NSA revelations, for example, the agency's director, General Keith Alexander, claimed the NSA surveillance had contributed to the prevention of 54 plots.

But that number has been picked apart by the US media and Congress, forcing the NSA to revise it down. A group called Pro Publica in the US investigated the 54 plot claims

and could only find evidence of four. In fact the deputy NSA director John Inglis conceded that, at most, one plot - which he has not specified - might have been disrupted by the bulk phone records programme alone.

The reality is that extensive surveillance using this technology infringes our privacy and our liberty and is proving to be a source of deep insecurity for law-abiding people.

big challenge for NZ citizens is how to protect our privacy, liberty, personal knowledge and information.

How do we ensure our security rests on something other than state capacity to know our thoughts, feelings, contacts and relationships?

My suggestion is that: 1)We have a Commission of Inquiry to re-evaluate the value of the Five Eyes security arrangement and ask whether New Zealand's foreign policy is enhanced or diminished by it.

2)That we focus much more attention on the root causes of political violence - namely inequality, injustice, marginalisation and exclusion.

If we get these things right we will have no need to know anything about the conversations of millions of individual citizens going about their private and law-abiding business.

- Prof Clements is director of the National Centre for Peace and Conflict Studies at the University of Otago.