Shedding light on an invisible illness 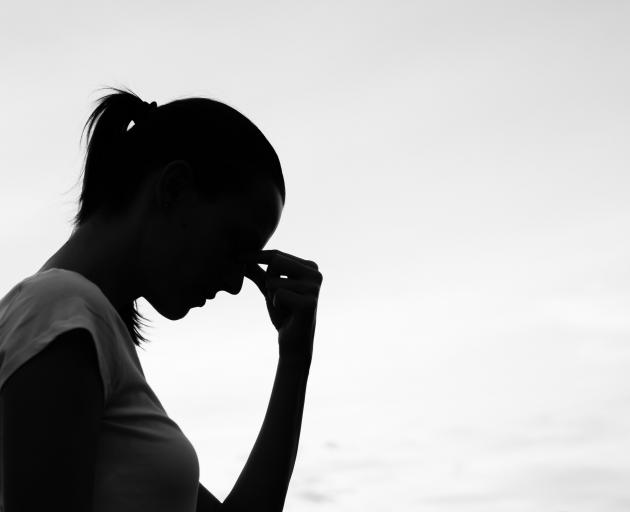 Photo: Getty.
It all started with a headache. My skull throbbed, and every joint felt like it was encased in hot lead armour. I didn't know it at the time, but I had a pretty bad case of glandular fever.

Evidently my tendency to kiss strange boys in nightclubs had caught up with me. Most people suffering from glandular fever feel better after six weeks or so. It's been three and a-half years, and I still feel like I'm trudging through Chelsea golden syrup, with my battery on 10%, and my mind thick and foggy.

For the last three and a-half years, I've been shuffled from doctor to doctor, and have been poked, prodded and prescribed all number of different ''remedies'' for my strange condition.

I've been told that my bone-deep tiredness is ''all in my head'', that it's a side-effect of depression, that I'm just overreacting. For a while, I believed them. I thought that I was just imagining the never-ending fatigue, the headaches, the sore joints. But then a month ago, I was finally diagnosed with myalgic encephalomyelitis (ME), also known as chronic fatigue syndrome (CFS).

CFS is a complicated condition that is primarily characterised by persistent and severe physical and mental fatigue. This exhaustion does not abate with sleep or rest, and it can hugely limit one's quality of life. Other CFS symptoms include muscular pain, joint pain, headaches, poor short-term memory and concentration, painful lymph nodes, sleeping problems and sensitivity to light, loud noise and certain foods. In my experience, it's like having the flu, but 100 times worse.

In a way, I'm one of the lucky ones. I'm not tethered to my bed, and I can - for the most part - walk properly. I've completed a bachelor's degree, although I am horrifically behind in handing in my honours thesis.

I've moved across the world, and I'm looking forward to studying at Oxford. I only spend about 14 hours a day sleeping (although I could sleep away the whole 24 if I wanted to), and I manage my head-fog by drinking lots of water, taking painkillers, and resting frequently.

But I have friends whose lives have been put on hold by this horrid, debilitating condition. My friend Marco described having CFS as ''being constantly suffocated. Like walking through an eternity of disorientating mist.'' Marco's words may be purple, but they capture what living with CFS is like.

Perhaps the most infuriating thing about living with CFS is that hardly anyone knows anything about it.

Unlike a broken leg or chickenpox, there is no known cause of CFS, nor any cure. It's very difficult to diagnose, because so many of its symptoms resemble those of other illnesses, including lupus, Lyme disease and depression.

CFS is also tough to live with because it's widely misunderstood, and people who have never experienced it are often quick to judge those who live in this fog of exhaustion. In many ways, CFS is an ''invisible illness''. From looking at me, no-one would guess that I'm ill. I'm a plump, ruddy, healthy-looking Kiwi lass, with no obvious disabilities or ailments. But if I had a dollar for every time someone called me lazy, or made fun of my constant need for sleep, CFS research would get a big cheque in the mail.

Add to this the fact that CFS symptoms often fluctuate. Thus a person with CFS might one day appear healthy and energetic, and the next they might have retired to bed for a week. Onlookers often respond with scepticism and disbelief.

According to the Associated New Zealand ME Society, there are 16,000 to 20,000 people suffering from CFS nationwide. Thankfully, ME/CFS is beginning to be recognised by the medical community.

Hundreds of studies are currently being conducted, exploring the numerous cardiovascular, neurological, immunological, cellular energetic, glandular, circulatory and muscular abnormalities that accompany CFS. Yet, as my personal experience and that of my friends can attest, many doctors are quick to laugh off the suggestion that a patient may be suffering from CFS.

The distinct lack of empathy exhibited by many in the medical field towards suffers of CFS only adds to the weight of fatigue. I'm applying for jobs at the moment, and I still haven't decided to mention my illness to prospective employers. Will they laugh it off, or decide that I'm just lazy?

If anyone you know tells you they may have CFS, please believe them. Offer them your time and support.

Do not abandon them or deny the reality of their illness. For those who have lost so much of life, social isolation and abandonment is a further cruelty.

Last Thursday, my head-fog was so bad, I spent the whole day in bed, with the blinds drawn and the covers pulled up to my chin. But the next day, I went for a walk in 100 Acre Wood. It was delightfully green, and my cousin and I played Pooh sticks in the same stream Christopher Robin and his father splashed around in. It's the small things that count.

Despite CFS and all the stigma and uncertainty it brings with it, I'll carry on enjoying life.