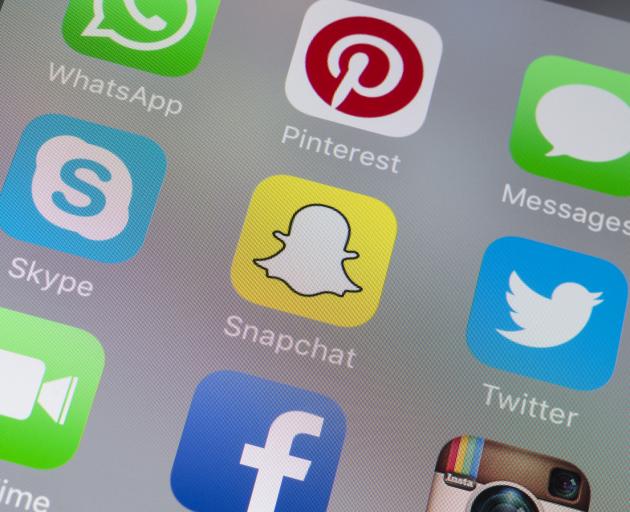 Photo: Getty Images
I can vividly remember the day I made a Facebook account. It was a rainy afternoon in year 10, and my classmates and I were running riot in computer studies class while our teacher had briefly stepped outside.

I felt a certain thrill in seeing my face lit up in pixels on the computer screen, in sending gifs to friends sitting at the computer across the room, and in sharing funny memes and articles.

Over time, I have branched out on to other social media platforms, tweeting and instagramming away to my heart's delight. I have used Facebook to stay in touch with family members in Romania and Canada.

I have derived great delight from sharing memes on Instagram, and I have horrified friends the world over with hideous selfies on Snapchat. But it wasn't until joining Twitter a few years ago that I fully realised the potential power of social media as a tool for activism.

Social media activism, often derisively called ''slacktivism'', usually gets a bad rap, and sometimes deservedly so. Information on social media can be based on misinformation and may be coloured by highly emotive language.

As evinced by the flash-in-the-pan KONY2012 movement, ill-thought out social media movements can flare and burn out faster than well-considered campaigns months or years in the making. I've lost count of the number of times I've been called a ''keyboard warrior'', ''snowflake'', or ''social justice warrior''.

Recent events at Ihumatao have highlighted the importance of social media in the spreading of information and the rallying of the public to one's cause. I have learned so much through the online work of activists such as Jess Thompson (@maori-mermaid), Jos Wheeler (@jos-wheeler), Haylee Ngaroma (@ngaroma-art), TylerJade Hokimate Whatarangi (@tylrjade), and Trinity Thompson-Browne (@trin-tb). There are too many activists to name, but I urge you to log on to Twitter, Instagram, Facebook, and other social media platforms to check out the efforts of these amazing wahine.

Social media also has the potential to bring people fair and balanced news coverage. The livestreaming of the police slowly and inexorably creeping forward at Ihumatao in the first blush of morning, for example, reveals what is happening over there.

We merely have to click on a link, or open up an app on our cellphone screen, and information is right there. The speed of social media has completely revolutionised the way we receive, conceptualise, share, and act on, information. The 140-character limit on Twitter is clearly not sufficient to tell a full and balanced story, but it is enough to provide the casual viewer with an initial report and links to further, fuller coverage of events and issues.

Perhaps the best thing about social media activism is just how accessible it can be. Traditional protest actions such as in-person protests, door-to-door campaigning, and even riots, are often expensive and dangerous, particularly for already-marginalised folk, not to mention people with disabilities who physically cannot be there. Apps such as Instagram, Twitter and Facebook provide powerful platforms to otherwise isolated and marginalised people, strengthening activism campaigns by drawing in larger and more diverse crowds.

Social media activism is also brilliant in that it allows one to amplify the work other activists are doing. Often fighting for a cause one cares deeply about can be incredibly draining. Sometimes taking a step back is necessary for one's mental and emotional health.

In these times, it helps to share the efforts of other people on the front line. I am on the other side of the world, and I cannot join my brothers and sisters in physically protecting Ihumatao. I can however amplify their efforts, donate to their cause, and share their coverage of the events as they unfold in real time.

Fundamentally, social media, when employed carefully and cleverly, is a stunningly effective and viable means of political engagement and social activism. Social media is more accessible to people who might not otherwise be exposed to such information.

Campaigns such as #protectihumatao ignite conversations and reveals truths hidden or ignored by mainstream media corporations, as well as helping to empower people who might never have considered themselves activists before.

Social media provides people with access to invaluable resources, and helps to link the ''real world'' with the ''online world'', as evinced by the effectiveness of Facebook ''events'' and real-time live streaming.

Images, poems, impassioned speeches and thoughtful opinion pieces on Ihumatao will not fade away following the (hopeful) resolution of this dispute.

This movement is more than a filter on a Facebook profile picture, or a hashtag on Twitter. I believe that the ramifications of this campaign will continue to ripple through both ''real life'' and social media for generations hereafter.