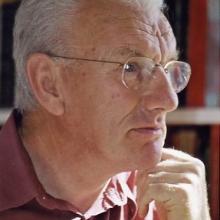 Don Cupitt
Be like the sun, urges Ian Harris. It offers a great starting-point for your new year resolutions.

What's so special about this time of year that many of us feel spurred to make a new year resolution or three? We may not follow through - probably we know from past experience that such resolutions have little hope of surviving beyond a fortnight, assuming we can still remember what they were. Then cynicism kicks in and scepticism grows about new year resolutions in general.

That could be because the focus of those resolutions is all wrong. The year may be new, but when December 31 gave way to January 1, only the calendar changed. The resolvers themselves are the same old, same old. So sensing something magical in the date, rather than taking stock of who we really are, is to invite disappointment and failure.

What might make a difference is a double switch of focus: from the calendar to the personal and moral frame within which we earnestly resolve to do better (I assume nobody resolves to do worse), and from solitary inwardness to the summer sun.

Doing better is obviously a worthy goal. Being better is more so, because that puts the emphasis on exploring new horizons in our own essential personhood. For example, it's possible to be the same as ever we were and do more good as we go along.

The lives of others (and our own) are enhanced by our helping, caring, nurturing, listening, understanding, giving to worthy causes.

We'll probably do even more good if there's an inner or ``solar'' dynamic impelling us. Then we'd be doing this not because we think we ought to, but as the radiance of our very nature. While a lot of good gets done through ought-omation, a lot more is possible if it springs from what English theologian Don Cupitt calls ``solar living''.

Solar because the sun, he says, is a great model for how we might live. The sun burns, pours out its energy, and one distant day will burn out and pass away. It doesn't need to justify itself for making such an exhibition of itself: ``It simply is its own outpouring self-expression.'' And in so doing, says Cupitt, it offers a metaphor for a moral philosophy suited to our times, rooted in both modern cosmology and our secular culture.

Cupitt sees in contemporary life a powerful drive to seek an ethic of self-declaration. Past traditions assumed people must look deep within themselves to find their true identity, believing that would lead them to a spiritual world more real than the world of space and time they live in. No, no, he says, the self is thoroughly woven into this world. Its threads are loose-knit and spreading.

``When you wake up in the morning, you don't identify yourself in yourself, as a unique and sovereign spirit,'' he says.

``You identify yourself through your familiar surroundings, your partner, the day's duties and your resuming life.''

That wider realm is the only real world, he insists, and it's in our interaction with all we experience there that we express our values and show who we really are.

Of course codes of practice will evolve along the way. They will adapt as social settings change, drawing the line between what is acceptable and what is not. In recent decades we've seen that happening as a result of women's liberation and a more enlightened understanding of homosexuality and racial and cultural diversity.

In the secular world codes won't be based on supernatural authority but, ideally, on solar ethics radiating love, courtesy and respect - and won't that reveal who we really are!

Aim high, says Cupitt. Resolve to live the best kind of life you can hope to live. Then, like the sun, let it shine.

But what if someone's nature is not radiating courtesy, respect and love? What if it's mean or resentful, grasping or overbearing, self-absorbed, predatory or violent? What do we do if we see such people searing and shrivelling everything they touch?

Despite the hurt and disgust such behaviour will trigger, we remain responsible for our own responses. We have to resist or deflect those destructive forces as best we can - but not in a way that dims or obscures our own solar glow. Even above the worst of tempests, the sun shines on.

That dovetails neatly with Christian teaching about the centrality of love, but without its doctrinal superstructure. What's important, says Cupitt, is to shine, because ``in pouring ourselves out in this way, we enrich and embellish our world, which in turn enriches and sustains us''.

Worthy resolutions could be minted around that.