How can you use your vote to not only help elect candidates you like, but also keep out those you really don’t?  Prof Andrew Geddis explains.

Associate Prof Janine Hayward gave the following advice to voters in Dunedin's council elections (ODT, 17.9.16): ``I always say to people only rank the candidates you want to help elect. So if there are three, rank three; if there are 20, rank 20.''

That's perfectly fine, if all you want to do is elect the candidates you like. Ranking those candidates that you positively approve of does as much as you can to ensure that they will be successful.

Of course, there's no guarantee any of them will get enough support from other voters to make it on to the council, but at least your vote has helped them as far as it can.

They may be councillors that you think have done a lousy job and so need to be moved on. They may be individuals that you know (or have been told by someone that you trust) would not be good for the city. Some candidates' campaign statements about the policies they want to pursue may fill you with horror.

You see, the STV voting system that is used in Dunedin can count your vote as long as there are still council places to be filled.

However, if your vote runs out of ranked candidates - either they have already been elected, or have dropped out of the calculation because they didn't get enough votes - then it will stop being counted for any unfilled council places.

Note that this can happen if you've ranked 14 candidates, or even 20 or more. Some of the candidates you like may get so little support that they are removed from the counting process and so even though there are still unfilled places on council, your vote has nowhere left to go.

If your vote does exhaust its preferences in this way, then you get no say on who gets the remaining council seats. So even if there are people you really don't want to win them and would rather anyone else did instead, your view won't be taken into account.

Therefore, this is my advice for all those who, like me, don't just want to elect the candidates we like but also stop those we don't like.

On your voting paper, you then rank your ``liked'' candidates from 1 on down to whatever your least-best candidate number is. When you've done this, you've done as much as you can to help them get elected.

But then you should rank your ``disliked'' candidates from 43 on up to whatever the least-worst candidate number is. Doing this makes sure your vote won't help elect someone you dislike, as long as another candidate you like more remains in the count.

If you are like me, this will leave some candidates whom you don't have any feelings for, either way. If you really don't care which, if any, of these individuals gets on to council, you can randomly rank them in the places between the liked and disliked candidates.

Following this method of using your STV vote has one advantage and a couple of admitted disadvantages. The one advantage is that by following it, you are doing as much as you possibly can to ensure your vote will help those you most want to be on council, while stopping those you most dislike from getting elected.

The disadvantages are that it requires a bit more time and care on the voter's part. You need to think about not only who you want to represent you, but also who you don't want to do so.

And voters also need to be careful that they don't accidentally give two of the 43 candidates the same preference. If this happens, then the voter's vote can't be counted beyond this point (although it still counts for all candidates ranked above it).

However, for anyone who is interested not only in getting their preferred candidates elected, but also doing as much as they can to stop those they don't want to be on council, this is the best way to do so.

-Andrew Geddis is a professor in the Faculty of Law at the University of Otago. 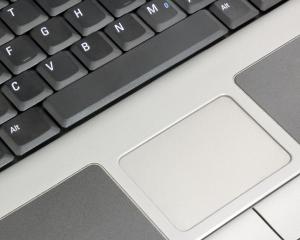