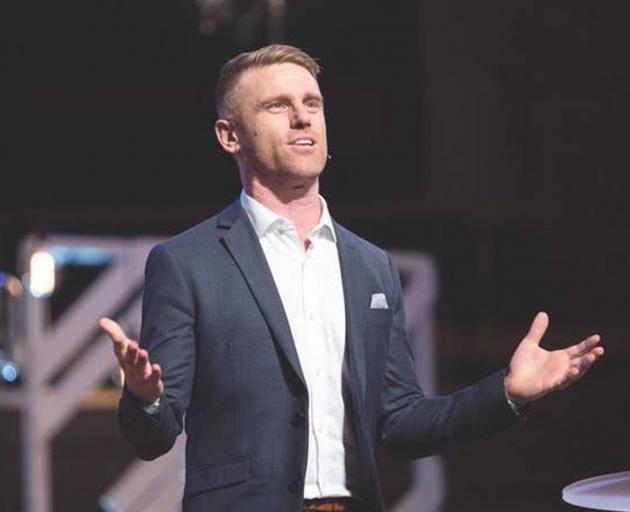 Arise Church’s founding pastor John Cameron resigned from its board following allegations interns were ‘‘overworked, overwhelmed, and taken advantage of’’ by leadership. PHOTO: SUPPLIED
It is incumbent upon organisations not to exploit the generosity and goodwill of their employees and volunteers, writes Graham Redding.

Is sacrificial giving just another name for exploitation?

That is a question posed by the scandal rocking the Arise Church over its internship programme. It is a question many churches and other religious organisations need to address because sacrificial giving is often portrayed as a spiritual virtue, an indicator of one’s devotion to God.

Things go wrong when churches take advantage of people’s willingness to be generous with their time and money; when they create a culture in which people feel obliged to give beyond what is reasonable or what they can afford; and when they teach that God’s favour is contingent upon the level of a person’s giving. At that point, the promotion of a spiritual virtue has in truth become a form of spiritual abuse.

Churches are not the only organisations at risk here. Employees and volunteers from every walk of life and across every sector in society can be motivated by a sense of vocation, a desire to make a difference in their chosen field, to serve the common good and to care for the vulnerable. So too social and political activists, passionate in their desire to combat injustice and to bring about enduring change.

When human endeavour is motivated by a sense of vocation, it can be both inspiring and dangerous. Inspiring because it is filled with infectious energy and purpose and a generosity of spirit. Dangerous because it is so easily exploited and because it can become an obsession. Political ideologues and religious zealots have much in common.

Given these risks, it is incumbent upon organisations not to exploit the generosity and goodwill of their employees and volunteers, and for organisational leaders to lead by example. Few things are more demoralising than for leaders to be seen atop pyramids of privilege, profiting personally from the sacrificial giving of those below them.

In the church context, it is interesting to note that in some of the more traditional denominations, ministry personnel are paid stipends, not salaries. A stipend is a living allowance. It is not based on job performance or congregational size or public profile. Although the stipend system has its own anomalies and inequities, it has at least one advantage: it discourages the cult of the personality to which many megachurches succumb, and which sees many high-profile pastors given remuneration packages that would not look out of place in the corporate world.

Has the concept of sacrificial giving had its day?

For as long as people deem the act of giving to be an integral part of their sense of vocation, then the answer to that question must be no. What is freely and abundantly given, even at a sacrificial level, can be a joy, not a burden.

But when sacrificial giving is part of an organisational culture that exerts pressure on its members to conform to patterns of giving that go beyond what is reasonable, then alarm bells should be sounding. Giving is a concept that must be treated with great care, especially from the pulpit. Church leaders have a moral obligation to ensure that nobody in their orbit of pastoral care is pressured to give beyond their means or beyond what is reasonable.

Work-life balance has just as much relevance inside the Church as in other sectors of society.

Churches must be good employers in every respect and ensure that nobody in their church is exploited under the guise of serving God. That includes volunteers and interns as well as paid staff.

To that end, perhaps the time has come to talk about responsible giving rather than sacrificial giving.

- Graham Redding is a lecturer in chaplaincy studies at the University of Otago.