University saying 'no' to sexual harm 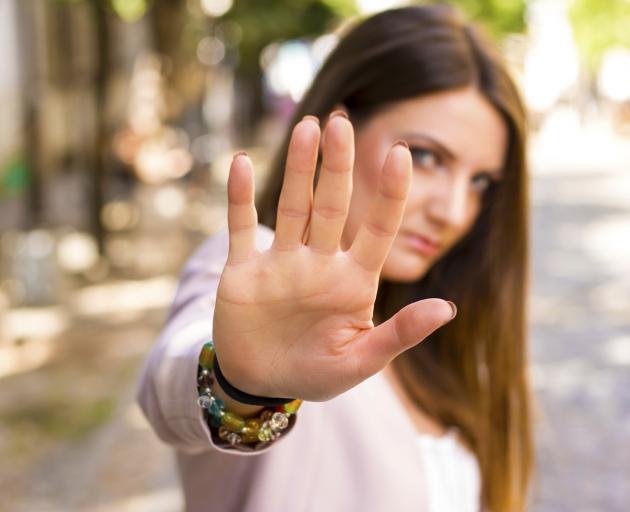 First, we had the first anniversary of Te Whare Tawharau, the University of Otago sexual violence and prevention centre; and second, we finalised our Sexual Misconduct Policy.

Sexual assault is sadly far too common in New Zealand. More than 30% of girls will be subjected to an unwanted sexual experience by age 16.

By adulthood about 20% of women will experience sexual assault. Sexual assault not only affects women; about one in seven males will be sexually assaulted.

We also know that members of minority communities and people with disabilities are over-represented in sexual violence statistics.

Young people between the ages of 16 and 24 are at highest risk of sexual assault and their perpetrator is usually someone they know.

Sexual assault is not easy to fix. Often the first call is for more education, but we know that additional education alone is unlikely to solve the problem.

Research from the University of Otago and other universities internationally has shown that young people clearly know what consent is.

At the University of Otago, we foster a community where respect is a fundamental pillar of who we are. To tackle sexual harm properly, we're taking a number of interrelated approaches.

Over the past three years, I've led a major review of our policies and procedures for reducing sexual misconduct and for dealing with both perpetrators and victims.

This review has included two international study tours and consultation with key members of staff, police and student representatives, including survivors of sexual harm.

This year Te Whare Tawharau trained Residential Assistants from all university-owned and affiliated colleges on how to handle a disclosure, and escalate a report of sexual assault to the head of college. Additionally, during Orientation Week they conducted workshops with 1200 first-year students.

Our Sexual Misconduct Policy is now finalised and the staff who will oversee it have been appointed.

The policy, which came into effect last week, formalises the University's commitment to prevention and provides a clear roadmap for supporting those affected. It is based on current recommended best-practice by which allegations can be addressed.

Over the next few months we will remind staff and students of their responsibilities under the policy, and reinforce where people can turn to for help.

Our response to sexual assault allegations will continue to follow best practice and be victim-led.

Sometimes this means helping victims make a statement to police or the proctor, or connecting them with counselling services.

Sometimes it means listening, outlining options and letting them choose to do nothing. What we do not do is take action without their consent.

For many people who don't work in this area, or who've not been victims of sexual assault themselves, not reporting the event will seem illogical. The reality is many victims of sexual violence don't want to take things further. Unfortunately, the court system can be incredibly difficult.

Here at Otago we can and have excluded offenders from our university, but often victims would rather focus on getting their lives back rather than seeking punishment for the perpetrator.

In these cases, our role is to connect victims with the support they need and ensure they can continue in their studies.

Sexual violence extends well beyond our boundaries here at the University of Otago.

Attitudes of entitlement and lack of respect are common factors that must be addressed more broadly. Popular culture, pornography and misogyny are certainly causes for wider concern and attention.

Sexual violence is an extremely difficult problem, but one that the University of Otago is standing up to.

I hope the rest of New Zealand will stand with us.