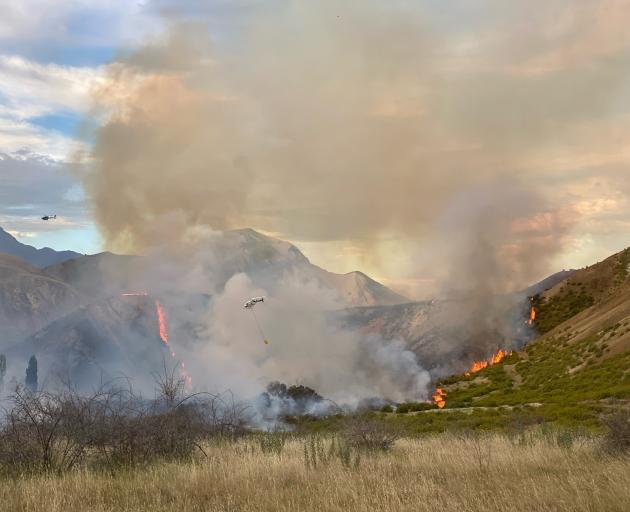 The cause of the fire, which destroyed about 50 homes and more than 5000ha, has not been released.

Fenz deputy chief executive Raewyn Bleakley said while most of its funding came from a levy on fire insurance, aerial firefighting services were funded by the national rural fire suppression budget. 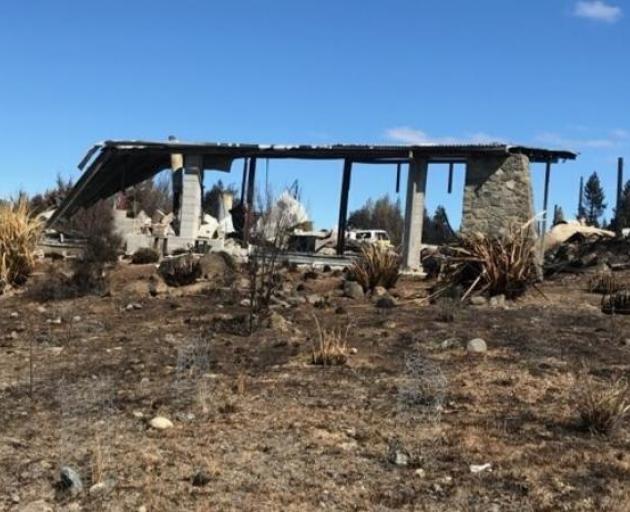 Remnant framework of a Lake Ōhau Village home. Photo: Supplied via RNZ
The fire suppression budget for the 2020-21 financial year was set at $6.753 million, and a large portion was expected to be spent on aerial services.

At the end of October 2020, it was about $1.9 million over budget, and Fenz had since adjusted it to be about $10 million, Ms Bleakley said.

"This reflects the changing climate in New Zealand with dry conditions resulting in a longer fire season.

"Protecting life, property, and the environment is our top priority and our spend directly relates to the firefighting needs at individual incidents."

"These systems allow for greater use of aircraft at incidents, not lesser, and recognise changes to the scope of aircraft-related work we are now required to undertake.

"The partnership we have with the general aviation sector is extremely important in responding to wildfires and other emergencies."

Figures also revealed the 618ha fire in October last year at Livingstone, in Waitaki, cost more than $420,000 to tackle.

It was possible costs for the two fires could increase as further invoices were received.

Peter Dunne must now realise that setting up Fenz was a disaster as many of us warned. Rural & urban firefighting & rescue is vastly different - in personnel. training, resources & funding.
For those unaware - Dunne's legislation took rural fire away from regional councils and merged it with the urban fire service - who are the poor loser.
Funding comes currently from those that chose to insure their house/ contents & car. Shortly that will come on to your rates as Fenz has a massive funding shortfall due to fewer insuring now. For insurance to pay for remote rural scrub fires is dumb. So far the Govt has bailed Fenz out over $300 million.
So folks, you are now aware that firefighting in NZ is NOT govt funded, never has been.
Also interesting is that Victoria has now gone to the previous structure Dunne got rid of.

Fires in rural areas happen because negligent people don't heed/read advice given by FENZ. Unfortunately under current legislation they don't have to pay for it anymore. Bring back charging the land owner for starting/causing the fire the number of fires will decrease as will the expense. Simple really!

Make the people who start the fires pay for them. No excuses, no exemptions.