Burn-off ban in light of winds 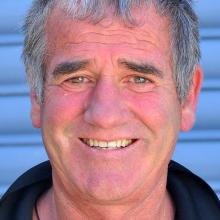 Graeme Still
Anyone planning on doing a burn-off in Otago in the next few days is being asked to hold off until at least Tuesday, Fire and Emergency New Zealand says.

"So we are telling people not to light up.

"Whether it’s a large burn or a small burn it doesn’t really matter. With these winds coming through, what we are saying is to hang off until we get some better weather."

The ban was both for people who had applied for permits, and those in areas with an open fire season.

Also, if anyone had done any burning in the past couple of days and the fire was still smouldering, they should put it out, he said.

This was to ensure it didn’t have any chance of spreading over the next four or five days.

The conditions would be re-evaluated on Monday, he said.

"The report of it was quite a big fire, which it was, but most of it was on the landowner’s property, so it didn’t burn the area that was portrayed. But we are just looking into that at the moment, seeing what we can do there.

He could not comment on whether there would be any fines involved, Mr Still said.