By Jono Edwards
0 Comments
Four Ida Valley owls were once centimetres from disaster.

Now, with the strength to fend for themselves, the birds have flown off into the wild.

Yesterday the young little owls were released where they were found after spending six weeks months in captivity.

The workers were chopping down trees interfering with power lines, she said.

"They cut the last one and here were all these little faces looking up. These big burly guys went to a grinding halt."

Four owlets found in a tree in the Ida Valley in November. Photo: Supplied
The owls were living inside a cavity in the tree, she said.

"They were about two inches from having their heads chopped off."

The tree was on a neighbour’s property, about eight minutes drive  from Oturehua, she said.

The community deliberated on what to do and eventually gave them to Oxford Bird Rescue in North Canterbury to look after.Yesterday’s release went "really well", she said.

"We all got to hold one. We did a bit of a ‘three, two, one’ and they all took off in different directions but ended up in the same tree."

It was a "real community effort", she said. 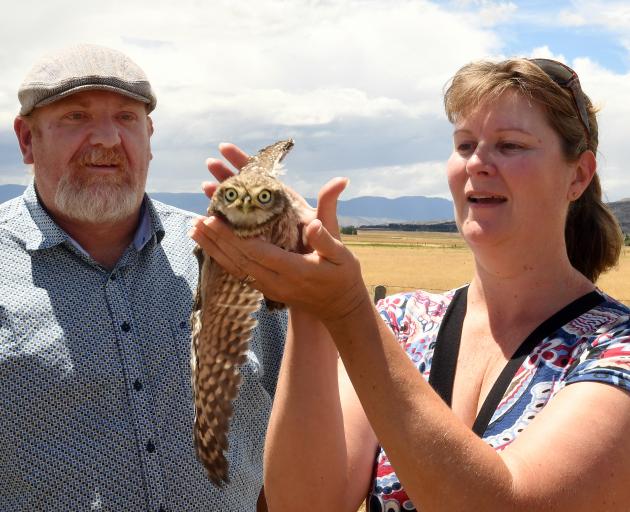 "They’ve got a bit of weight on them now.

"It’s a good time of year for doing these releases because there are plenty of mice and bugs around."

Two of the birds were ‘‘pretty feisty’’ and the others were more docile, he said.

"They’ll probably hang around for a while — they might even interact with their parents.

"They definitely got a second chance. They are very lucky little birds."

Little owls were introduced to Otago in the early 20th century and are now common in dry eastern areas.