Aurora Energy says the power price rises mooted for Otago residents will not be enough and is pleading for some residents to be charged hundreds of dollars more per year.

The company slated the Commerce Commission after the release of a draft decision about pricing, arguing Aurora’s ability to deliver its programme would be harmed, heightening safety and reliability risks in the medium term.

It warned its essential works and reinvestment programme could be significantly compromised and the company might be forced to shed more than 40 staff.

In the draft decision residents face power price increases of up to an average of $876 per year by 2025-26 for heavy users in Central Otago. 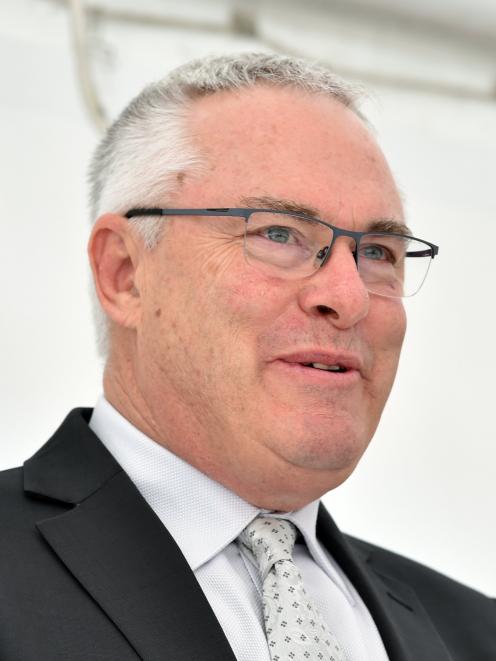 Steve Thompson
But if the Commerce Commission relents to pressure and agrees to Aurora Energy’s original plan, the worst-hit residents will face even larger increases.

The Otago lines company’s leadership was so vexed by the commission’s draft decision that chairman Steve Thompson requested an urgent meeting with commissioners.

He said he had little confidence the commission appreciated the "real-world consequences’’ of its proposed decision.

The commission responded that it was committed to running a transparent process and it would not open up an alternative channel for Aurora to engage with it.

The draft decision about Aurora Energy’s proposal to customise its prices and quality standards was released in November and the company provided formal feedback last month.

Left unchanged, the draft decision would mean Aurora would be allowed to spend $523.1 million over five years to replace failing infrastructure and run its network, rather than the $609.3 million it wanted to recover from customers for the purpose.

Aurora has historically under-invested in its network of poles, transformers and lines and the safety and reliability of the network have deteriorated.

An independent review of Aurora’s network identified more than 300 overhead line, pole and crossarm failures between 2015 and 2018. Sixty-one were classed as serious-hazard events.

Customers are facing significant price rises, as the company seeks to fix its problems and control its debt.

The draft decision would have a serious impact on the ability of the business to deliver its essential works programme, Dr Fletcher said.

Setting the operational expenditure allowance at such a low level was incomprehensible, Aurora said in its formal feedback.

The commission determined Aurora might need to cut staffing levels by about 20 full-time-equivalent positions, but Aurora put the number at about 43.

A proposed cap on revenue growth of 10% from annual price increases would place significant pressure on the company’s balance sheet, Dr Fletcher said.

"We do, however, consider Aurora has overestimated the amount of money it needs to run its network, which has led us to propose a substantial reduction of $45 million in its operating spending.”

In its submission, Aurora said the draft decision conditions would result in recovery of any required transmission investments being deferred, providing a strong incentive not to enter into any new Transpower investment contract. That would place the power supply to the Queenstown community at risk.

Dr Fletcher said Aurora’s average line charges started from a relatively low base and would rise to about the average of other New Zealand lines companies by the end of the five-year period.

In its summary, the commission commented Covid-19 had severely affected the local economy and an increase in energy bills would come at a difficult time for Otago communities.

"We understand that they want a safe and reliable electricity supply but we recognise they remain deeply concerned about whether they can afford to pay for it.’’

The commission has also set network outage targets at levels that broadly reflect Aurora’s performance in the past five years.

That should at least stop customers from receiving a less reliable service.

The commission is due to make its final decision about pricing at the end of March.

Imagine if an individual drew extreme amounts of money out of a company like yours and neglected the network to do so.

And then tried to charge its customers 500 million dollars more because its network was run down.

You are living in a dream world mate.

If its so bad then disband aurora and have it sold to someone else.

If your owners were a person instead of the local council they would have faced criminal charges and jail time.

You are delusional if you think people will trust the company ever again.

Would you trust Barry klough or Michael Swann with millions of dollars ? Aurora is in the same basket.

Quite right Mj lock up the suits and throw away the key.

Guess they're about to see some real "public rage", eh. Have these people no shame at all? Apparently not.

Aurora chose not to invest in their infrastructure until the whistle blower exposed them and several failures occurred. High time they sucked it up for making poor maintenance decisions and stopped trying to pass the buck. We pay enough now!

It wasn't Aurora's decision not to invest in infrastructure so much as the council taking the capital out of the company that caused the problem. Aurora was basically asset stripped by it's owners, it's the (white) elephant in the room.

Is it Just the infrastructure ? or are they still driving around in 50 year old trucks and cars ? how about there computer systems ? Buildings Logos and everything thing alse all these things got upgraded why not the core main part of delta aurora ?
if what you say is correct explain to me why only some assets where upgraded there has been no official word on where the money we paid went why for over 50 years they neglected the network especially in the main housing areas ? but not around core business areas.
if dcc striped assets why dident this get picked up in there audits ?
lots of questions but no one coming foward with solid proof.
if it's to do with DCC or DCHL don't expect anything but them to say excellent amazing wonderful very satisfied ..... and on it goes ....

Aurora had no agency to object? That's a bit of a spin.

If Aurora hadn't wanted to give the dividends to the DCC then this should have been discussed and minuted in a board meeting. To my knowledge there has never been any record released of Aurora Board's decisions around the dividend payments, nor any publicly available record of any risk assessments or evaluations relating to it. I suspect that the DCC is very keen to avoid coming to the front of this discussion again, but fact is, Aurora is essentially their company. Still, it is odd how much the senior management at Aurora get paid ... in a company that is struggling to do its job. As they say, pay peanuts, get monkeys... pay bigger peanuts get bigger monkeys.

"He said he had little confidence the commission appreciated the "real-world consequences’’ of its proposed decision" well I have full confidence aurora has historically under invested in its network of poles, transformers and lines and the safety and reliability of the network have deteriorated and yet they still want to gouge the consumer, what happened to the lines charges?, gone to pay excessive salary's it seems, time for a royal commission of inquiry.

I think it is simple, if you can swap companies,

Now here's an idea. All middle and senior managers at Aurora and the DCC get paid minimum wage until the debt is paid off. Don't take it out on the customers first.

The background to this saga is well known. The DCC/DCHL made huge demands on Aurora/Delta for dividends to pay for projects such as the stadium. Only way that could be done was to ignore investing in infrastructure renewal. Chickens are now coming home to roost. Two questions arise. First, company directors have a legal duty to be financially responsible in the management of their company. Would the actions of multiple directors of Delta/Aurora/DCHL stand up to independent legal scrutiny in this regard? Second, regardless of how it came about, the infrastructure needs to be replaced or we face power outages. How will this be done? Only option, other than massive price hikes to consumers, is to sell off council assets. Delta, City Forests etc must be sold and the funds used to pay back the "dividends" paid in dubious circumstances by Delta/Aurora. And the highest level of central government investigation needs to be held into the financial conduct of the DCC/DCHL/Aurora/Delta etc. Who is going to get the ball rolling?