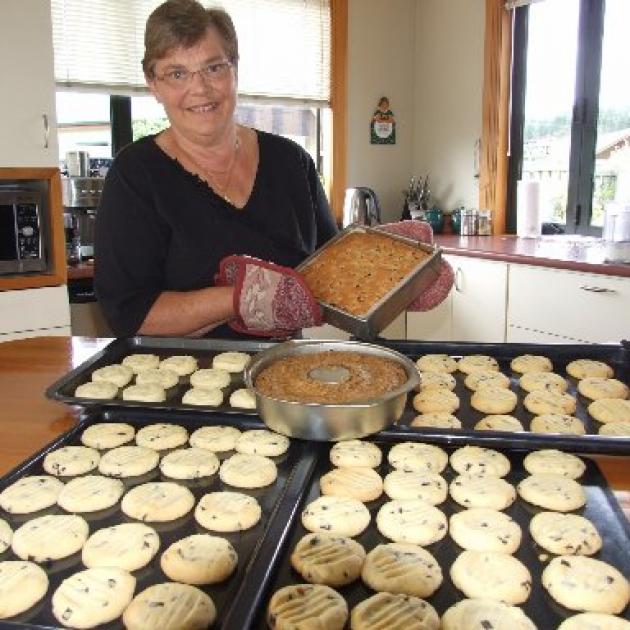 Alsion Fahey of Wanaka proudly displays her award winning baking. Photo by Matthew Haggart.
It has been a baking bonanza in Alison Fahey's kitchen this week.

While farmers have been readying their stock for the different agricultural awards at the annual Upper Clutha A&P Show, which starts today in Wanaka, Mrs Fahey has been busy baking up batches of cookies, cakes, and shortbread.

The prize-winning baker has won the Beloe/Turnock Trophy in the home industry baking section for the past two years running and is trying for a repeat in this year's competition.

Mrs Fahey comes from a long line of Dunedin bakers, with her mother and grandfather both donning aprons and running different commercial bakeries in the city in years past.

The fruits of her endeavours are usually shared around among her grandchildren and husband Eddie, who personally gets to taste and decide which batch of cookies is entered for the show, she said.

The Upper Clutha A&P Show is being held for the 71st time and is the second largest in the South Island.

A &P society secretary Jane Stalker said several events in the equestrian, dog-trialling and breeding awards had been adjudged ‘‘Royal Events,'' for the first time in the show's history.