'Ballerina' pays off for cherry spitter 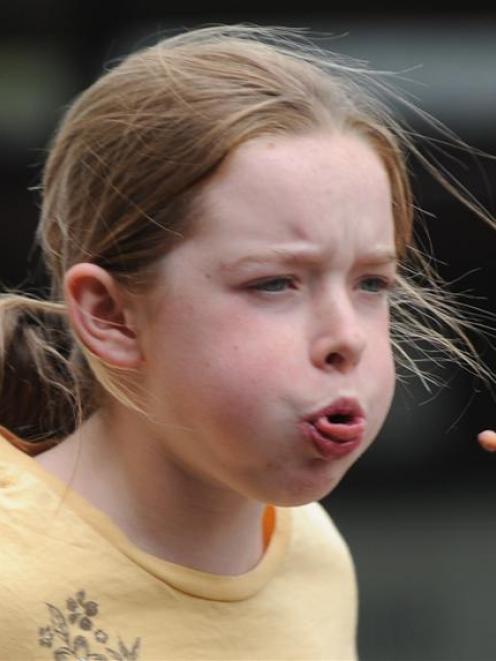 Sunterra Bright, of Clyde. Photos by Peter McIntosh.
Sunterra Bright (11), of Clyde, had been practising hard for the New Zealand National Cherry Spitting Championships, held in Cromwell yesterday and her efforts paid off with a category winning spit of 4.84m.

The last time she competed in the competition, two years ago, she recorded distances of less than a centimetre. 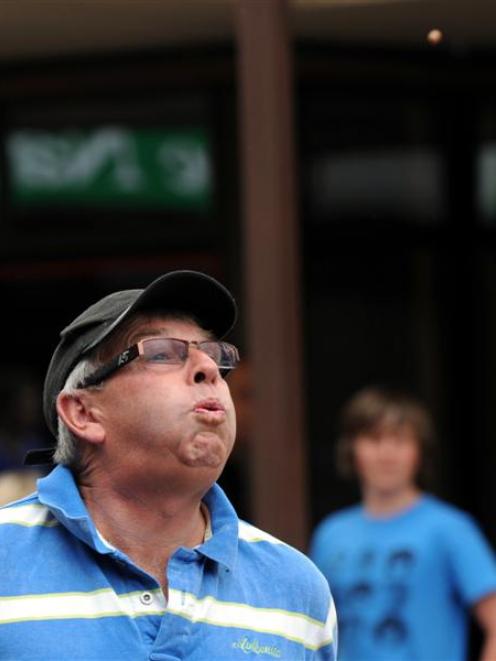 Graeme Frieswyk, of Tauranga.
However, last year, Sunterra's friend Laurel Williams won the junior female section with a distance of 6.38m and has since been teaching her the secrets to a good spit.

Sunterra had a unusual technique she called the "ballerina" or "helicopter", which saw her one-footed, on tiptoe, with her arms straight back behind her, to give her spit extra momentum. 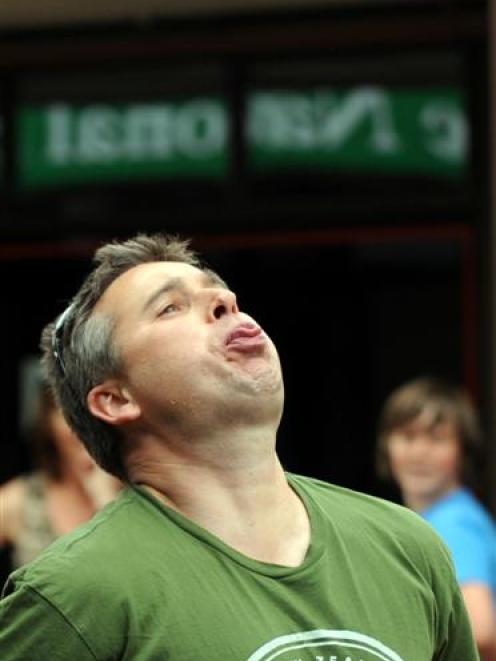 Malcolm Preston, of Christchurch.
The big winner, though, was Aaron Collins, of Dunedin, who spat an impressive, record distance of 12.58m - just under a metre further than last year's winning spit by Roland Schieder , of Cromwell.

"He made it look effortless." For his efforts, Mr Collins won an all-expenses-paid trip to Australia, to compete in the transtasman cherry spitting championships in Manjimup, Western Australia, in December.

Australasian champ Grant Hetherington, of Australia, also competed and finished fifth, with a spit of only 11.2m - 1.5m shorter than his title-winning effort at the Australasian competition last month in Manjimup.

The 102 competitors paid $2 for three cherries and could have as many attempts as they wanted to spit their pip on to the 2m wide marked"spitting track".

The Cromwell and Districts Promotions group first hosted the annual championships in 2006.

The event has since expanded to include competitions for pie eating and guessing the number of cherries in a jar.