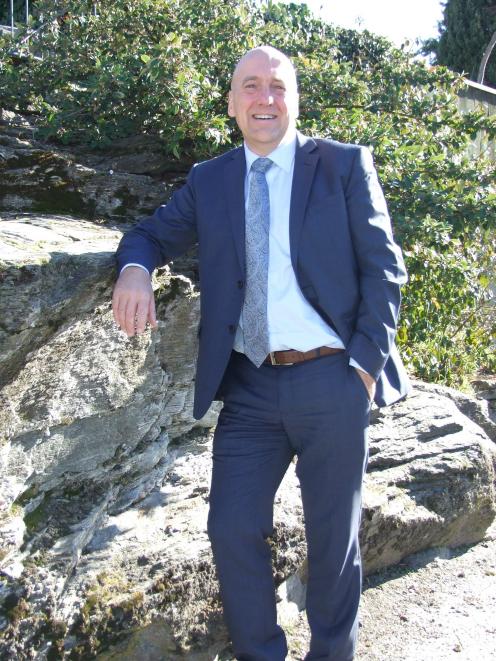 Tim Cadogan.
What do you know about the candidates contesting the 2016 Central Otago mayoral election? Lynda van Kempen and Jono Edwards put the questions to the contenders.

Tim Cadogan was raised in South Otago but says his roots are very firmly in Central Otago.

His great-grandfather once lodged in the stone building where Mr Cadogan started his law career in Alexandra "and in fact, he left there to go to the Clyde Hospital, where he died".

Mr Cadogan has lived in Central Otago for 21 years, in Cromwell, Alexandra and now Clyde.

He says his experience as a solo father, a beneficiary for a year, a radio announcer, lawyer and Disputes Tribunal referee have given him a broad range of skills he needs to be a successful mayor.

I work as a lawyer to help people, and to me, if you’re a person who is passionate and enthusiastic and wants to be out there in the community, out there talking to people and is able to help them, especially on a bigger scale, then you should take that opportunity.

I’ve had a broad experience of life so far and believe that to be vital to having empathy with, and understanding of the needs of, the whole community.

The timing is good because our youngest child has left home, so I’ve got the time available to devote to the job.

Yes. I will be a full-time mayor, absolutely.

You can’t do the job properly if you’re not doing it full-time.

I’ve already discussed with the principal disputes referee about handing over my role as tribunal referee, which I’ve done for six years.

If I’m elected as mayor, I’ll step down from the Central Lakes Trust — it would be a conflict of interest to continue with that and the mayoralty would be a full-time role.

And in terms of my law practice, a lot of my work is Queenstown-based.

I’ll keep a small part of it — being a youth advocate and family court in Alexandra, probably limiting it to about five hours a week — out of the 60 hours I do now, just to keep the practice ticking over.

I think we’re in great shape. We live in the best part of the best country in the world. But having said that, we’ve got some challenges ahead.

What are three issues facing the incoming council?

1) Probably the biggest issue for me is the disconnect between the council and the people.

If you look at the submissions on districtisation of the three waters — it was probably the biggest rating policy change we’ve ever had —  35 submissions on that issue is not a victory for democracy.

People are not engaged in the process.

I’m going to be out there listening to people so they know there’s nothing scary or difficult about coming and making submissions ...  there’ll be an open communication between the council and the community.

Making submissions is a daunting prospect for some people and, in my view, the council rely too much on the submission process as opposed to being out in the community, hearing first-hand from people.

Statistics New Zealand are saying that in the next 28 years, we’ll have 16.8% growth, and that in itself is a very exciting thing to look forward to, although it comes with challenges.

We need to make sure growth is sustainable and that all parts of our district benefit, we don’t want some towns missing out.

One of the spin-offs from growth is that house prices go up and it may become less affordable to live here.

People are already opting to buy holiday homes here instead of in Queenstown or Wanaka, as homes in those places price themselves off the market.

We have to ensure rural services aren’t lost and the Ranfurly community’s already leading the way in its fight to retain its bank.

This is something that every person in Central Otago should be concerned about, as the erosion of rural services will affect all of us in years to come.

What would be one thing you would like to have achieved by the end of your term?

I want to see a far more united region.

At the moment, there’s little bits of parochialism.

There’s only 18,000 of us and if we don’t work together, if we all sit in our own little camps, we’re not going to be as effective as if we all work together.

Particularly in tourism, a combined approach is really crucial.

Parochialism should only exist on the sports field.

Council experience:  Five years on the Vincent Community Board.