Camp school to be replaced with new service 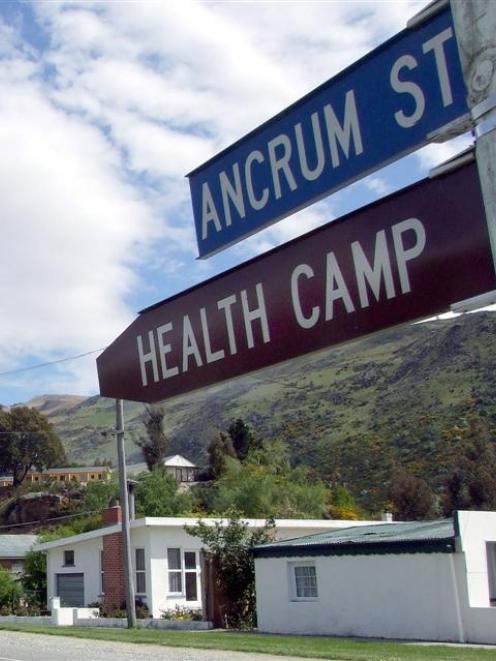 Photo by Craig Baxter.
The school at the Roxburgh Health Camp will close on January 27, with nine staff being made redundant. It will be replaced by a new education service, under a different structure.

It is now a state school, operating under the Ministry of Education with a board of trustees, but that will change next year.

Te Puna Whaiora Children's Health Camps chief executive Fiona Inkpen confirmed yesterday the health camp organisation would be taking over the education contract for five of the country's health camp schools, including the Roxburgh camp school. The Ministry of Education had formally offered the organisation the opportunity to enter into a contract, she said.

The health camp has already advertised for teachers and learning support staff to take up education roles next year.

However, a Ministry of Education spokesman said yesterday the ministry could not confirm the new provider of education services at the health camps, as the tender process was ongoing.

Dr Inkpen said it was important to note the change was in no way a reflection on what had been a high-quality education service provided by the Roxburgh camp school.

Education Minister Anne Tolley said the change followed a review of health camps and the new system would improve the way education was delivered to health camp children.

The Roxburgh, Northland, Pakuranga, Otaki and Glenelg (Christchurch) health camp schools would close on January 27 in their current form and re-open the same day under the changed governance structure, she said.

Approached by the Otago Daily Times for comment, camp school board chairwoman Bernadette Hannagan, of Dunedin, said the board was disappointed with the ministry's decision.

"It's difficult to reconcile our excellent ERO [Education Review Office] report, and the service currently provided, with that decision."

The board had consulted widely with other schools in Otago and Southland and education psychologists and all had backed the board's desire to keep the school open.

Nine people were employed by the health camp school - seven of them permanent roles - and, in some instances, their service to the health camp spanned 20 years. They included teachers, teacher aids and support staff.

"All of them are part of the fabric of the local community," Mrs Hannagan said.

She had the utmost respect for their work and believed their experience and their skills would be sought after.

It was important to note that there would not be a simple "transfer of staff" from one service to another, she said. The new roles had been advertised and were outside the state education sector.

Dr Inkpen said there would be "no drop in the service" provided for the Otago and Southland area. The new education service would still feature registered teachers teaching the New Zealand curriculum.

Existing staff were welcome to apply for the roles available and she was hopeful there would be a similar number of teaching roles to the present number but said some support positions might cease to exist, being absorbed into the overall health camp staff.

"We believe we have a great opportunity to further strengthen and improve the integration of care and education in the best interests of the children. Our focus will be on ensuring the children who attend health camp continue to receive a high standard of therapeutic care and learning," Dr Inkpen said.

The needs of the children attending the camp were getting more complex, she said.

Pupils attend the school for about five weeks during their stay at the health camp.