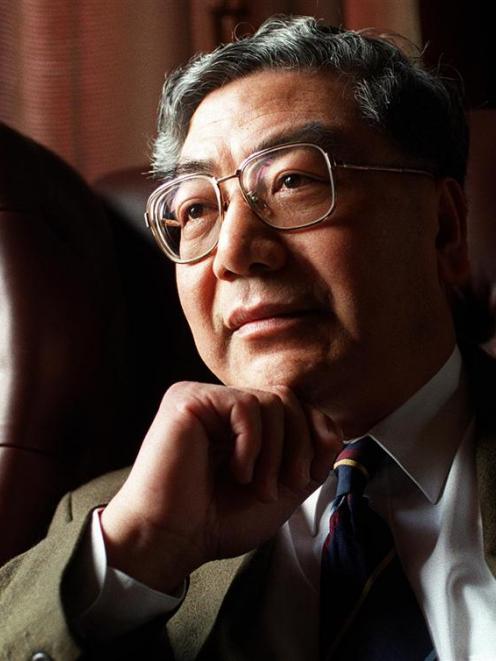 Jim Ng
Major 150th anniversary celebrations at the partially restored former Lawrence Chinese Camp in 2011 have been dramatically scaled back because most of the proposed multimillion-dollar reconstruction project will not be ready in time.

Instead of up to 20 buildings depicting what the camp looked like at the peak of the Otago goldrush and major fireworks displays, organisers say there may be a partially reconstructed village ready with just tree plantings, a tidy-up of the site.

One building may be moved there before Lawrence marks its sesquicentennial in 18 months.

There has been little visible activity on the grounds in recent times.

The Lawrence Chinese Camp Charitable Trust has devoted hundreds of hours towards restoring the 5ha site, about 1km north of the town, with plans for up to 20 replica buildings to present a 21st century version of what the camp looked like during the 1860s.

With the 150th anniversary of gold being discovered at nearby Gabriels Gully looming, trust spokesman and Dunedin historian Dr Jim Ng yesterday conceded its original plans had been dramatically modified, although he remained confident the vision would one day be realised.

Preparing the various resource consent applications needed for the project had taken more time and money than initially expected, and Dr Ng said the costs tagged to those and some of the planned celebrations had given trustees an unpleasant surprise.

"It has been a slow process, and we're not as far along as we would like to be," he said.

The site was once home to hundreds of Chinese gold miners from 1861 through the gold rush period.

At its peak, more than 40% of all gold miners working on the Tuapeka goldfields were of Chinese descent.

The trust, when formed in early 2004, had high hopes for the site and announced plans for a $43 million project to totally replicate what the area looked like at the peak of the gold rush.

Dr Ng said the costs tagged with different parts of the project were higher than anticipated.

Preparing the resource consent application would cost $25,000, as would a business plan.

Six replica buildings and restoring the old hotel already on site could cost more than $1 million.

The trust recently bought the former Joss House in Lawrence for $105,000, and hopes to relocate that to the campsite before the 2011 events, which are planned for Otago Anniversary weekend in late March.

Plans for that weekend have already been modified with the recession partly to blame.

Tens of thousands of dollars were to have been spent on a series of fireworks displays over several nights, while a group of six magicians and contortionists were being brought over from China at a cost of about $35,000.

But Dr Ng said trustees had "cogwashed that" and instead were planning an event with dancers and firecrackers as well as guided tours of the site.

Dr Ng said the trust was fast approaching "a tipping point", when it would have to find the money needed to carry out all the proposed projects.

"It may just outlast me."