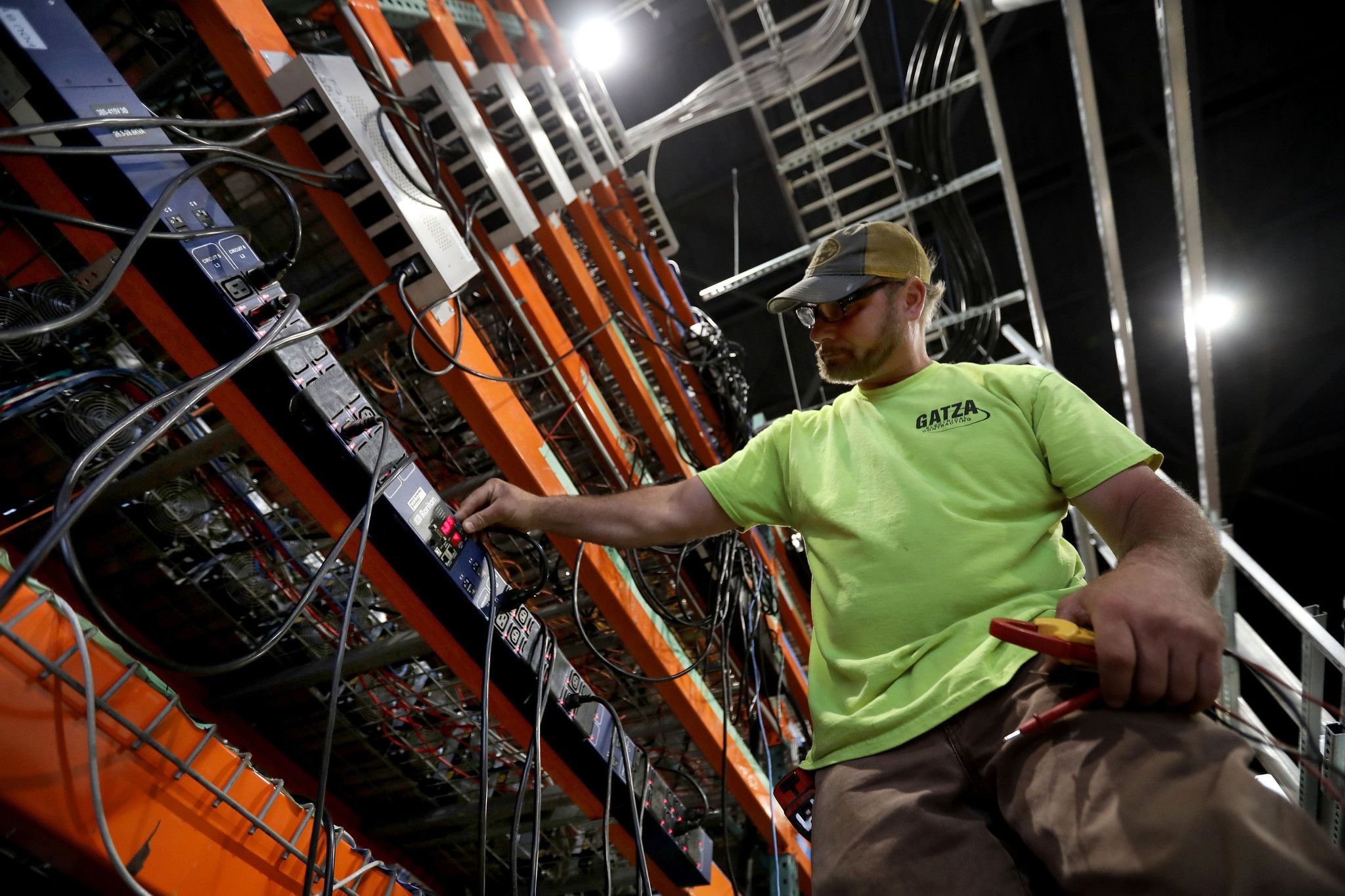 An electrician checks voltages and amperages on cryptocurrency computer mining rigs at cryptocurrency mining facility in the United States. A Dunedin software engineer says Contact Energy needs to be more upfront if a planned data centre near the foot of Clyde Dam would be dedicated to cryptocurrency mining. PHOTO: TNS
The complex world of crypto mining could be about to come to Central Otago. Reporter Jared Morgan speaks to a Dunedin software engineer concerned about a lack of transparency over plans for a ‘‘data centre’’ in the region.

Late last month Contact Energy announced plans for a data centre to be constructed in the shadow of one of its prime assets, the Clyde Dam. 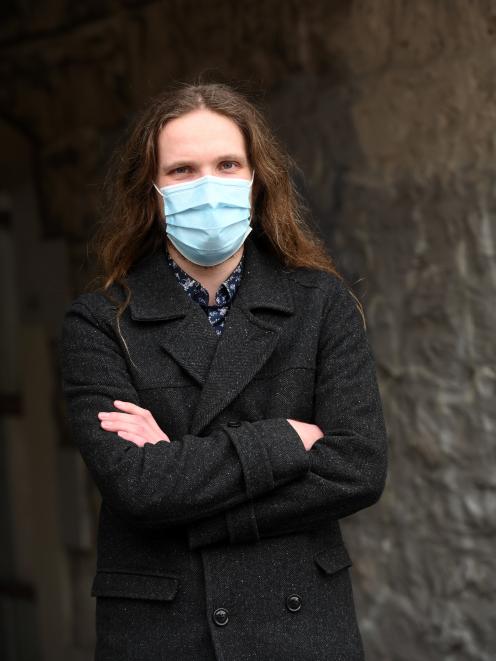 Software engineer Oscar McNoe of Dunedin says the company behind a planned data centre near Clyde appears to be heavily if not solely dedicated to cryptocurrency mining. PHOTO: LINDA ROBERTSON
One word missing from the announcement was ‘‘cryptocurrency’’.

Yet cryptocurrency mining installations are a common addition to power stations worldwide.

Because they are power-hungry.

Dunedin software engineer Oscar McNoe said Contact needed to be more upfront about the proposed data centre planned near the foot of the dam.

He believed the energy company needed to be transparent.

‘‘At least they should be upfront that it is just a crypto mining system and that it will likely raise power prices for all New Zealand.’’

On August 31 Contact announced it, and its 100%-owned energy solutions business Simply Energy, would supply renewable electricity for a data centre being developed near the dam by UK-based digital infrastructure company Lake Parime.

The agreement signed with Lake Parime was for Contact to supply 10MW of renewable electricity to operate the planned low-emissions data centre.

That roughly equates to the power used by 10,000 homes.

Information online about Lake Parime’s business and hardware suggested it was heavily, if not solely, dedicated to blockchain/cryptocurrency mining, he said.

‘‘They [Lake Parime] are not using their hardware for anything else.

It was important to note the hardware/software would be cryptocurrency specific, not general purpose, Mr McNoe said.

Links to Lake Parime checked by the Otago Daily Times appear to back up its links to cryptocurrency.

The London-based company’s chief executive Sath Ganesarajah previously worked as a consultant for a company called Digital Capital Research which specialises in cryptocurrency.

Mr Ganesarajah’s blog was focused exclusively to the currency and a job listing for Lake Parime said an interest in ‘‘blockchain, cryptocurrency (Bitcoin and Ethereum) and other high-performance computing applications would be advantageous’’.

There was no suggestion of any other uses for a data centre and Mr McNoe said he could not see any other use for it than to mine cryptocurrency.

‘‘Part of the problem is it’s not going to be something that in any way contributes to the economy and it just ultimately shouldn’t be appropriate.’’

He said potentially cryptocurrency mining could be a good use of electricity resources but it seemed more likely to raise electricity costs for everyday households.

Contact generates electricity and sells it on the New Zealand market but by putting the data centre in place he believed the company would then be competing with consumers, he said.

Latest data suggests cryptocurrency mining consumes 0.5% of all electricity used globally, some seven times that used by Google across its global operations.

The latest available data via the university’s Cambridge Bitcoin Electricity Consumption Index (cbeci.org) states if cryptocurrency were a country, it would rank 34th in the world in energy use, consuming 98.2 terawatt-hours (TWh) of electricity per year.

The university tracks usage on a 24-hour cycle via the index.

This doesn't seem to be a good use of our power. OK if Contact charge the company enough to make substantial investment in more green energy otherwise it seems a rather parasitical relationship.

Exactly the same problem we have with aluminium smelter. We are basically giving away a raw resource with very little benefit to new Zealand. This is not the sort of venture we need here.

Thank you Oscar McNoe and ODT! Contact Energy might not be as thankful...But it is definitely NOT something we should be accepting of for OUR Power from OUR Power generator. Contact Energy must be held to account. And this exemplifies as never more timely for a Real Energy Reform for NZ and for the NZ power consumer!

The carbon footprint of cryptocurrency quoted in the article is clearly not relevant here as the centre is placed in prime position to take electricity generated by hydro and is an example of smart thinking not something to be automatically decried.

It's a solid commercial business and decentralised financial protocols are likely the future - this is the sort of thing that we should be encouraging rather than naysaying - as long as the data centre is paying commercial prices for the electricity.

As an IT professional since 1981, with 40 years in a whole range of roles, I think that it's great to see NZ growing more high tech facilities and roles for people and diversifying out of primary industries.