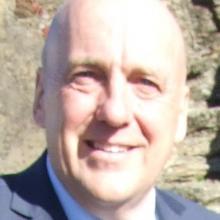 Tim Cadogan
Central Otago Mayor Tim Cadogan has retreated from an angry letter in which he said his faith in Aurora Energy has been ``severely damaged''.

Mr Cadogan sent the letter to Aurora and Delta chief executive Grady Cameron yesterday morning after Aurora acknowledged it might not replace the number of compromised poles it promised.

``This news, and the means by which it was delivered has, I am sorry to say, severely damaged what faith I have held with you and your company,'' he said in the letter.

However, by yesterday evening he retreated from the statements in the letter following ``a frank exchange of views'' with Aurora and Delta chairman Steve Thompson.

``It appears that my understanding and Aurora's understanding of what `removing the risk of all known condition 0 and 1 poles' is different.

``Aurora does not hold that this includes removal and replacement of the poles.''

Instead, it also included reassessment and repair of poles.

Mr Thompson said nothing had changed since he last met Mr Cadogan.

``Removing the risk of highest risk poles is still our number one priority.

``At the start of the programme we identified 2910 poles for attention that have been prioritised for replacement, repair or reassessment,'' he said.

However, Mr Thompson did acknowledge that Aurora's position had changed since the programme was announced in October when Mr Cameron said in press release all 2910 poles would be replaced and no mention was made of ``repair or reassessment'' of poles.

``That red-tagging system that we have used has meant there are some poles on the network that simply do not need to be replaced,'' Mr Thompson said.

It would be a ``crime'' to cost the consumer money by replacing poles that did not need to be replaced and an Australian expert had been brought in to independently verify reassessment of red-tagged poles.

Queenstown Lakes Mayor Jim Boult said he was disappointed with the lack of communication over how the shortage of poles and staff was affecting Aurora's pole replacement programme.

Asked if this was a good way for Aurora to communicate with affected councils, he said: ``I think they can do better.''

It would continue to hold Aurora to account to a letter of undertaking saying poles would be replaced by December.

He said if Aurora did not meet its undertaking, council would look at its options for recourse.

Dunedin Mayor Dave Cull said he was confident Aurora and Delta would ``give it their best shot and do as well as they possibly can under the circumstances''.

He added: ``Clearly, when you have got a situation where you need a whole lot of poles and a whole lot of expertise all at one time and when things haven't been run as well as they could have been ... you are going to have challenges.''