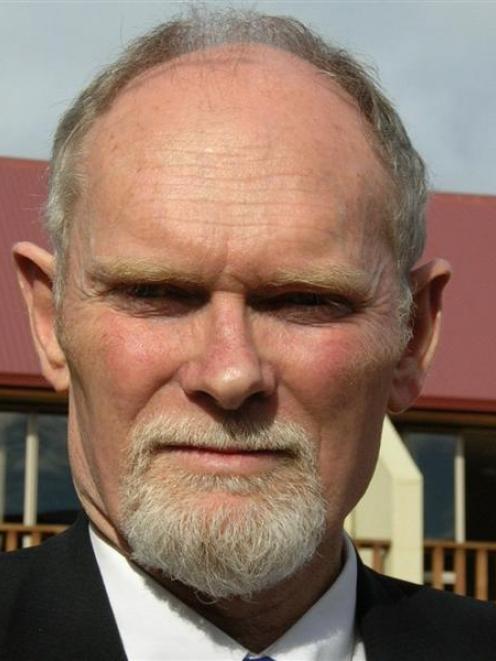 Jon Jackson.
The Environment Court has rejected an appeal against an application by a Ripponvale couple to retain their existing home as accommodation for workers or travellers after they build a new house on the property.

Neighbours Boyd and Liane Brinsdon and Matthew and Wendy Scully had appealed a decision by the Central Otago District Council to grant Martin and Dallas Milne consent for the new home and to use the existing home on the 5.7ha property as accommodation.

The case was heard in the Environment Court last month before Judge Jon Jackson and commissioners Kathryn Edmonds and Russell Howie and their decision, released this week, was to confirm the council's decision and grant resource consent, subject to amended conditions.

At the hearing, Mr Scully said giving consent would ''open the floodgate'' to increased development in the area. The Brinsdons were worried about the erosion of visual amenity values, excessive noise and increased vehicle activity and setting a precedent if the second dwelling was retained for accommodation.

Both couples were concerned the application breached the rule requiring 50m separation between dwellings.

However, the Milnes had approved the breach, which affected them, ''so any adverse effects should not be taken into account by the court''.

The Milnes had landscaped the site to mitigate the potential visibility of the new home and planned to do more planting. The proximity of the proposed house to the existing dwelling ''becomes a virtue'', Judge Jackson said.

The ''clustering'' of buildings at one end of the land maintained the open character of the rest of the site. If the existing house was used for fruit pickers, during the harvest, the noise effects would only be minor, he said.

Although the Scullys and Brinsdons were worried about further subdivision of the site, the Milnes were already able to subdivide, into up to six lots as a controlled activity, if they met certain requirements. Conditions imposed on the consent for the new home include cover its water supply, access road, wastewater system and landscaping. Judge Jackson said the court reserved costs, ''but applications are not encouraged''.

''Given the history of resource consent applications by Mr and Mrs Milne, we can understand why the neighbour applicants were a little concerned about the current application and brought the appeal.''