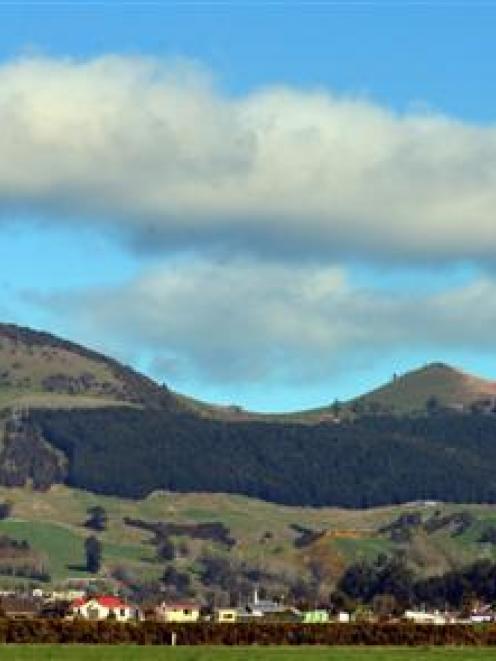 Saddle Hill. Photo by Peter McIntosh.
The Environment Court says it is not satisfied, at this stage, that there are any existing use rights for quarrying on Saddle Hill.

However, it has stopped short of declaring that is the situation and has asked for more specific information which might help it make a final decision.

The Dunedin City Council is seeking clarity from the court, in the form of a declaration and an enforcement order, on what rights exist that allow the operation of a quarry on the hill.

The decision is in two parts, and the court has already declared no consent exists, or ever did.

The company operating a quarry on the hill, Saddle View Estates Ltd, is appealing that decision.

The second decision is on whether there are existing use rights.

For the court to declare there are existing use rights, it must be proven the quarry was lawfully established and that there has been continuity of rock extraction.

If it is not proven, the Saddle Hill quarry would have to stop (dependent on any enforcement order of the court) and the operators would have to apply for a resource consent.

The court released its decision not to make a declaration on Thursday, and seeks the new information by mid-October.

Cr Colin Weatherall, who has been leading the council's battle to clarify what rights exist allowing quarrying on the hill, said the decision was another tentative step towards the council's aim of protecting the ''iconic'' Saddle Hill ridgeline.

However, he was concerned about ''where this is all going''.

The quarry had been running for years before his company took it over, and he could not believe that companies that previously operated it, including Fulton Hogan, Blackhead Quarries and Downers, would have entered into commercial contracts without confirming the legality of the security and supply of the raw material.

In the meantime, his team would continue to work with the court.

''We'll continue to defend the legitimate rights we believe we have and continue to run the quarry in the interests of the clients and true competition in Dunedin.''