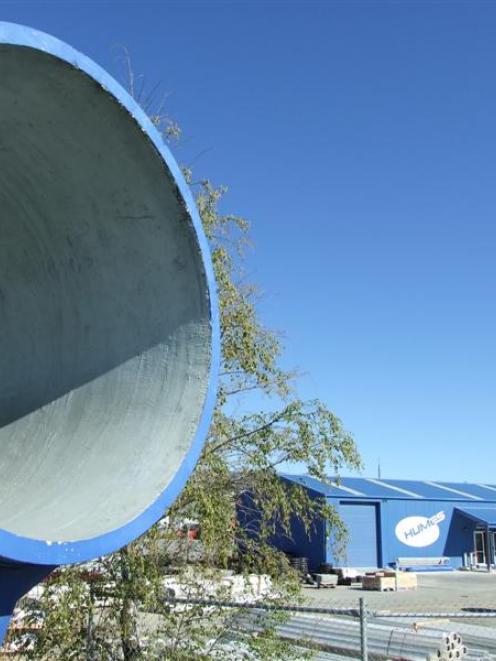 The centre services Otago and Southland and the job losses leave nine staff employed in Alexandra.

Humes New Zealand general manager Mike MacDonald said from Auckland yesterday that the drop in Fonterra's payouts had a "dramatic" effect on the demand for stock water troughs and cattle underpasses manufactured by Humes in Alexandra.

"With the dairy payouts decreasing, dairy conversions have slowed and that's meant a reasonably dramatic drop in demand for our product," Mr MacDonald said.

Those products used by dairy farmers were a "big hunk" of what was manufactured by Humes in Alexandra.

"Late in 2007, we invested a lot of money on site gearing up for the dairy boom and now that sales have dropped, that's what's driven the issues in Alexandra - the reduced dairy spend.

"We've tried to promote our product as best we can, but have no choice, really, but to cut staff."

Mr MacDonald said it was a tough decision and the staff understood the economic situation.

The sales centre in Alexandra, which was opened a year ago, would continue selling plastic water pipes and valves.

Humes is a division of Fletcher Building Ltd, and Mr MacDonald said there were 33 Humes centres throughout the country.