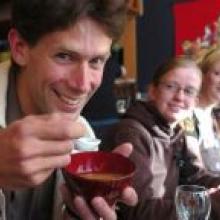 white.jpg
The company proposing a large-scale viticultural, horticultural and rural residential development near Tarras has asked for the resource consent hearing to be postponed.

Newby Holdings Ltd is applying to create a 235ha subdivision comprising 28 rural lots ranging in size from 2ha to 20.9ha.

The application was scheduled to be heard by the Central Otago District Council hearings panel at Alexandra on Tuesday.

Surveyor Peter Dymock, of Paterson Pitts Partners Ltd, declined to comment on the reason for the delay.

The proposed subdivision fronts Maori Point Rd, off State Highway 8, as well as an unnamed, unformed legal road adjacent to the Clutha River near Lindis Crossing.

About 200ha of the subdivision will be planted in vines or orchard trees.

Lots 1-16 are intended for viticulture and residential use, lot 17 is to contain vineyard utility buildings and a winery with a cellar door, and lots 18-28 are intended to be viticulture investment blocks.

Mr Whitney recommended the council refuse consent as it would have more than minor adverse affects on the environment and would be contrary to the objectives and policies of the council's district plan.

His report included 63 recommended conditions of consent for the council to consider.

The council received 11 formal submissions on the proposal, six in support, three opposed, and two neutral.

Supporters said it would bring more people to Tarras and provide property for those unable to afford large sections.

Some supported the proposal provided their water sources were not adversely affected by the development, while others said lot sizes should be further reduced and allocated for affordable housing.

Opposing submitters said it would create a density of housing in a rural area, there would be subsequent vineyard noise including frost fighting, and the views from Maori Point Rd would be compromised.