Disagreement heats up over scrub fires 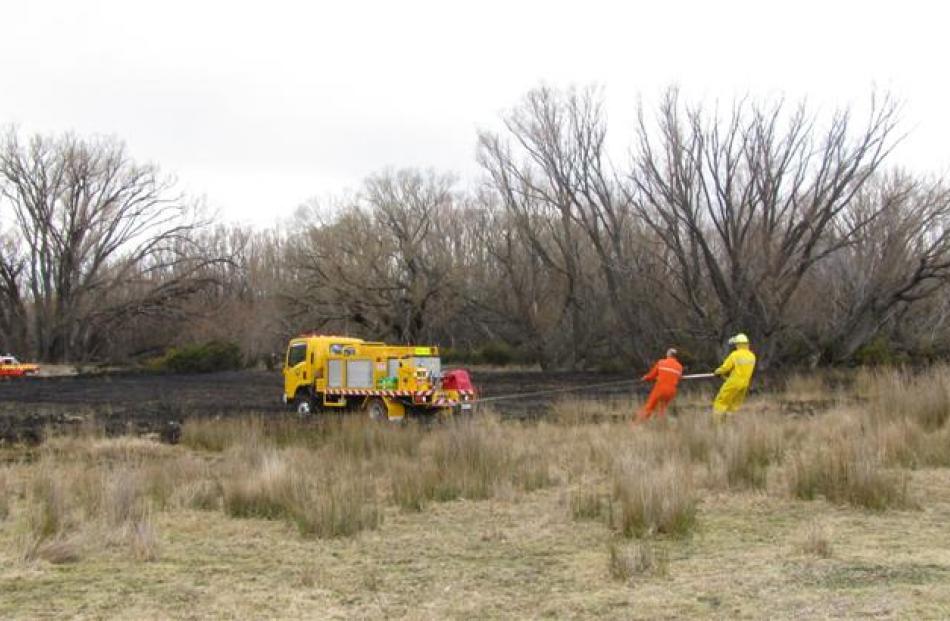 A scrub fire which authorities say got out of control on a Springvale farm near Alexandra yesterday resulted in disagreement as to whether the landowner had breached his fire permit conditions.

Alexandra Station Officer Brendon Walker said there were two fires which were "out of control" and when the fire brigade arrived, the owner, who had lit them, was not there. That breached the permit, as someone had to be present at all times, he said.

It was also "quite windy" and people lighting fires had to consider the weather.

Land owner Garry McDonnell told the Otago Daily Times he did not consider his actions yesterday a breach.

"I have been doing this for 50 years ... I could go to Wanaka for the day and come back and the fire would be fine.

"I was just burning scrub and the fire can't go anywhere - there are cliffs on one side and the river on the other."

Mr McDonnell said he had gone home to get more matches to light more fires when the brigade showed up.

Mr Walker said as the Department of Conservation (Doc) had issued the permit it was up to the department to determine if any action would follow.

Mr Walker said two fire trucks, one rural truck and one rural tanker from Alexandra and Omakau used 30,000 litres of water to douse the flames.

They were at the scene for two and a-half hours.