Dredge in water ready for testing 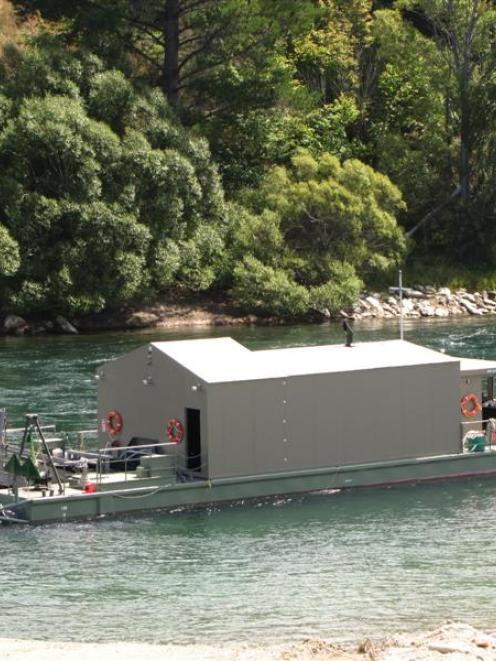 The 24m suction dredge was taken to the banks of the Clutha, near Coal Creek, on Thursday but the truck it was on became bogged in the soft riverside gravel and workers spent two days digging it out and clearing a path for it to the river.

On Friday night, their efforts proved successful and the dredge is now anchored in the swift Clutha between the dam and Roxburgh township.

Project manager and co-director of the company Peter Hall said he was relieved and happy it was now in the water.

"They were long days but we're thrilled .. it's all looking positive."

He said this week it was intended to run tests to make sure everything worked according to plan.

Last week, Danny Walker, Cold Gold Clutha's other director, said there was "10 lifetimes worth of gold" in the 60km stretch of river from Roxburgh to Tuapeka Mouth that the company has consent to dredge.

He said it was hoped to recover 4oz of gold a day over the 200 days a year the dredge would be be working.

He had previously said the project was viable when the price of gold was $US500 (then $NZ630) an ounce and that they would need to recover 3oz a day for it to be worthwhile.

Roxburgh gold prospector Stu Edgecumbe said he was confident the dredging operation would prove to be successful as there was "plenty of gold in the river".

He said the miners of the late 1800s and early 1900s did not stop working the river because there was no gold left but because their equipment could not get deep enough.