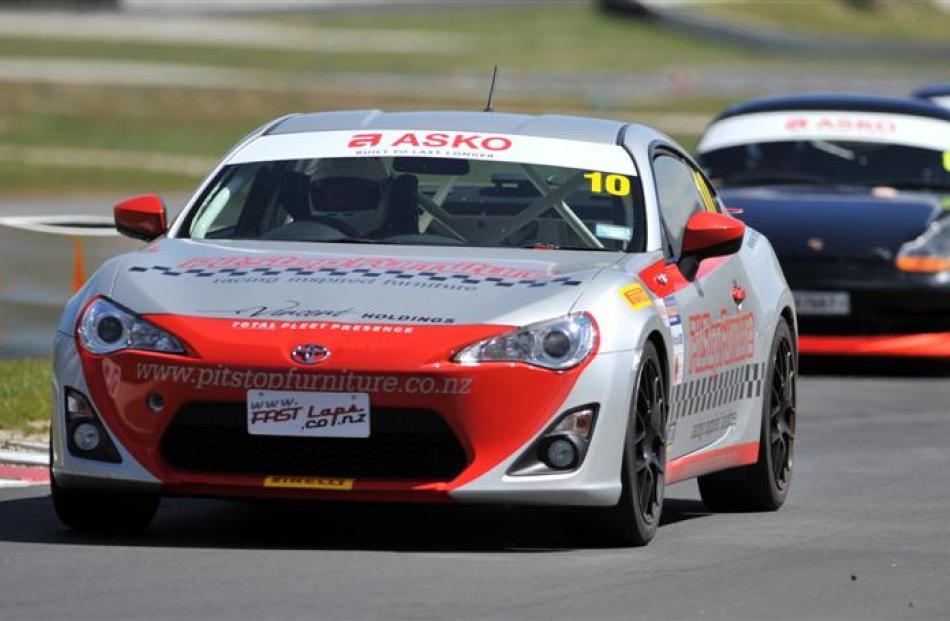 "I'm not knocking Manfeild, but it's [NZ Grand Prix] been there six years, so what better place than Highlands?" - head of United Kingdom-based motorsport team West Surrey Racing Dick Bennetts. Photo by ODT.

Mr Bennetts, formerly of Dunedin and now head of the United Kingdom-based motorsport team West Surrey Racing, is one of many supporters of the motorsport park's bid to host the 2015-17 Grand Prix races.

He toured the Cromwell facility recently and was impressed.

''I'd seen Highlands online from my UK base and now that I've been there and seen the actual facilities and met Tony [Quinn] and his team, it's all very impressive.

"I'm not knocking Manfeild, but it's [NZ Grand Prix] been there six years, so what better place than Highlands?''He said the facility was ''right up there with a lot of European circuits and the location is ideal, close to Queenstown International Airport''.

The Grand Prix has been raced at Manfeild near Palmerston North for the last six years but seemed to have ''fizzled'', Highlands owner Tony Quinn said after his park's first race meeting in November.

He said Highlands ''should be considered strongly as the new home of the New Zealand Grand Prix''.

A delegation from Highlands, including Mr Quinn and park manager Mike Sentch, has since presented a formal proposal to the executive committee of MotorSport New Zealand.

While they do not expect a final decision until February 9, they are ''maybe this week back in talks about some aspects'', Mr Sentch said.

Mr Sentch said Mr Bennetts was not the only one to throw his weight behind Highland's bid, but ''for him to endorse it was gold''.

Craig Baird, Greg Murphy and Shane van Gisbergen were among drivers supporting it ''and, as Bairdo [Baird] says, `you have your best race meeting at your best track and by far Highlands is your best track'.''

Central Otago Mayor Tony Lepper and Queenstown Lakes Mayor Vanessa van Uden have also thrown their support behind the park's bid, as have many motorsport fans from around the country.

Mr Quinn said he appreciated the support and was ''delighted by the many, many supportive posts shared by fans via social media''.

''I wonder if some people know very much about the history and prestige that the New Zealand Grand Prix once had. That's just one aspect Highlands would like to change if we're successful with our proposal to host the 2015-17 events.

''By the time event comes, our team will have several more major events under our belts. We'll be even sharper and even better at delivering an international-standard operation for competitors and guests alike.''

Mr Sentch said Highlands' aim was to make the grand prix and its winner household names, to bring back the ''glitz and glamour'' and to make it accessible to everyone, though ''we don't want to give away too many secrets''.

The Highlands team is just two weeks away from hosting its next major motor race meeting, the combined V8 SuperTourer and Toyota Racing Series meeting over the weekend of January 25 and 26 .

An enhanced spectator area, the Silver Fern Berm, will be in use for this meeting and further spectator areas will be ready for the Highlands Speed Revival classic race festival at Easter weekend.