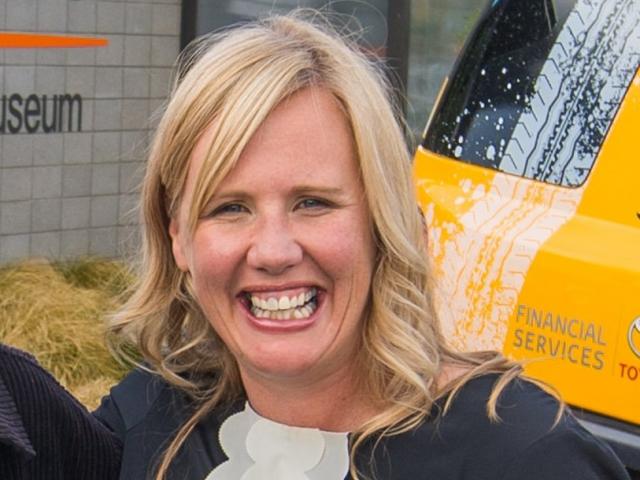 Josie Spillane.
The developers of a 900-section subdivision on the outskirts of Cromwell are hurtling towards a head-on collision with their neighbours.

River Terrace Developments Ltd, owned by Chris and Michaela Meehan, of Queenstown, has requested the Central Otago District Council agree to a plan change for 49ha of land they want to use for houses, a retirement village, a school, cafes, restaurants and shops.

The land, along State Highway 6 and Sandflat Rd, has as close neighbours the Highlands Motorsport Park, and the Central Motors Speedway.

Both Highlands and the speedway are among those preparing submissions opposing the plan change.

Highlands chief operating officer Josie Spillane told the Otago Daily Times yesterday her organisation had ''significant concerns'' at the prospect of having new neighbours who might object to the noise the park generated.

''From our point of view, it's just an entirely inappropriate use of the land.

''To have that as residential, people are going to be generally really unhappy because they are going to be subjected to different types of noise during the day, the evening, the weekends, public holidays,'' she said.

''We're potentially talking about 3000 unhappy neighbours, with a retirement village and a school.

Ms Spillane said having neighbours that included Highlands, the speedway and orchards would not make the residential development a place for ''happy living''.

The park's acoustic engineers found ''a good portion of that community is going to be annoyed by Highlands on a daily basis'', she said.

''When we are on a noisy day ... the entire development will be highly affected by the noise.''

Speedway promotor Jason Scott said the speedway had just renewed its council lease enabling it to continue until 2025 but would also be making a submission against the plan change.

''We know as soon as a subdivision goes there, the days are numbered for the speedway.''

Ms Spillane said even though Highlands had resource consent for its activities, residential activity could eventually lead to restrictions on its activities.

She cited Auckland's Western Springs Speedway which had just announced it would leave its location because of neighbours' noise concerns.

She did not believe it would work to put conditions against making noise complaints on section purchasers.

''We've certainly been advised [a no-complaints covenant] alone is not enough to protect our current operations.''

Ms Spillane said Highlands had spent $32million establishing itself in the past five years, and that investment as well as future development could be at risk with the plan change.

In October last year, the ODT reported Highlands owner Tony Quinn was planning a $40million golf resort on 58ha ''of forest down the back of the racetrack'', which would include 100 sections.

River Terrace Developments did not respond to an approach for comment on the plan change objections.