Game aim is to start a conversation 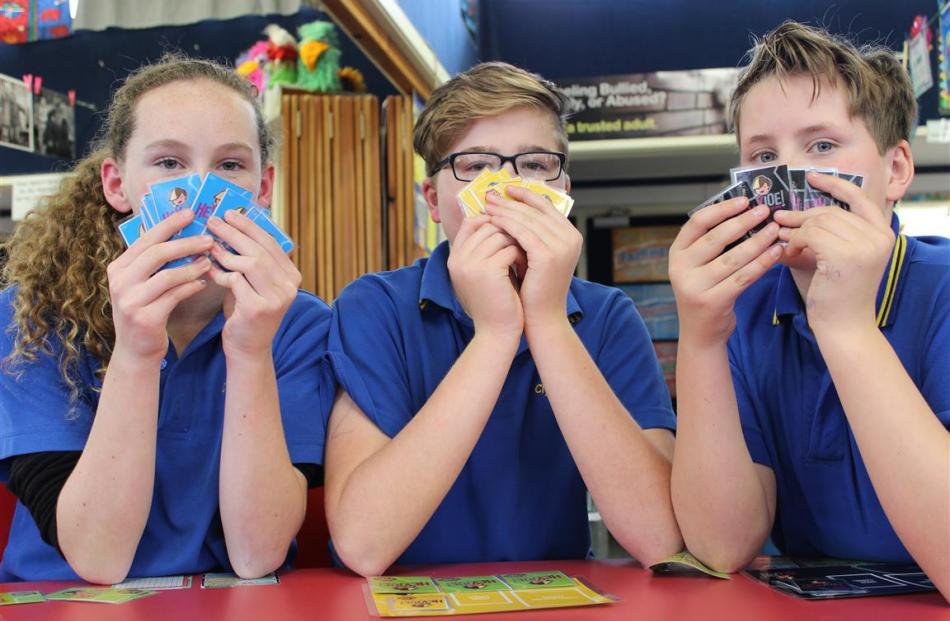 When you are young, it can feel like the deck is stacked against you, but a card game created by Alexandra pupils could help create discussions about the source of those feelings.

The idea and rules were created by Alexandra Primary School pupils as part of the group's year 8 ambassador scheme.

Project facilitator Karla Sanders, of Alexandra, said the aim of the game was to identify "what's up with Joe''.

Players decide what is affecting the character, such as feeling bullied or humiliated, and identify the source of those feelings.

"The aim is that once young people play the game, it generates discussion.''

The group was working hard to make the game "actually fun'', she said.

The game would be finished before the end of July and the cards would be available to be printed from the group's website, she said.

Primary schools were a target of the game, which was now at version 13 and in its 23rd trial.

Its current incarnation was being tested by Sticks 'n Stones ambassadors from Clyde Primary School.

Pupil Christopher Nevill said it was important to teach children about bullying.

"I haven't had much of a chance to play the game yet though.''

"Not that there's any at Clyde Primary, though.''

This month, members of the group travelled to Dublin, Ireland, to give a presentation at the International Bullies, Bullied and Bystanders Conference.

On the trip, they also met policy makers from Facebook's Europe and Asia division and talked about bringing its concept of a youth forum to New Zealand and Australia.

The anti-bullying group was created in 2013 by 25 high school pupils through the Central Otago Rural Education Activities Programme with the aim of taking positive online action to reduce cyberbullying.