Heartbreak and hard work is where the value lies 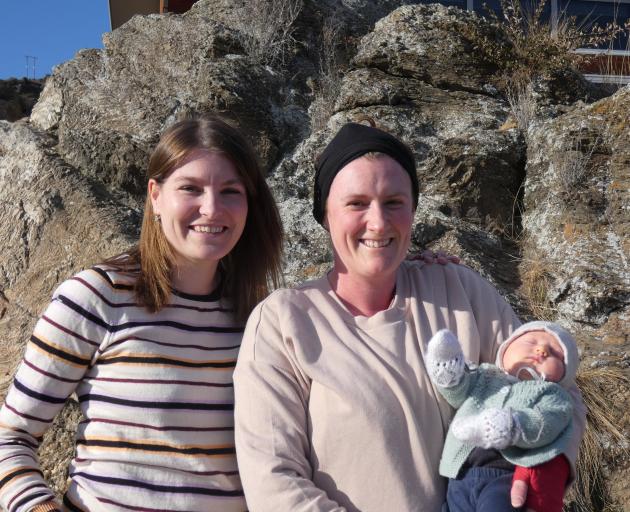 Working a 24/7 service, midwife Charlotte Aarden says a roadside wake-up call is not unusual in her job. Meanwhile, maternity care in Central Otago and Wanaka is set for a wake-up call of its own. Central Otago bureau chief Jarden Morgan looks into the working life of a midwife in the region.

Charlotte Aarden says the health and safety rules that apply to paramedics and other medical professionals in terms of a mandatory rest after a certain number of hours worked do not apply to midwives.

So it was in Millers Flat this week when a woman knocked on the midwife’s car window, awakening her from a roadside slumber at 2pm.

The story of the day after began the night before.

Mrs Aarden said she had been called out to a client who had gone into early labour at 10pm. Due to the urgency of the situation, she travelled to Dunedin with her, finally leaving at 9 o’clock the next morning.

Her journey home included pulling over for the nap.

The wake-up call was timely.

That meant one from school, one from daycare, and getting back to her youngest at home.

Mrs Aarden with her midwifery bag gets ready to hit the road.

Rewind to the beginning of her career in her native Netherlands, where she trained and worked as a nurse before specialising in midwifery in Belgium.

She immigrated to New Zealand with her husband in 2008, fulfilling her dream of returning permanently after visiting and falling in love with the country on a student exchange when she was 17.

Initially based in Northland, she and her husband relocated to live in Alexandra in 2012.

Her role as a midwife and lactation consultant had been round-the-clock since, she said.

That included when a woman went into labour through to medical concerns such as when a pregnant woman was not feeling her baby move or suddenly experienced heavy bleeding.

While her role is as a primary care midwife, it goes beyond that.

"The majority of the women I look after are women with secondary-care issues — a difficult or abnormal pregnancy, twins, or high blood pressure requiring hospitalisation."

The nature of the work meant there were standout cases, but some were all too common.

"There’s always the cases where there’s severe bleeding during labour, after labour and where there is urgent transfer required to Dunedin."

And it was often the most difficult cases and sometimes the most tragic where she felt her work was most valuable, she said.

"I deal with things that break my heart every day — babies with abnormalities or miscarriages, sometimes the third or fourth."

The flip side is being there to help mother or couple.

"To be there to give support is rewarding in its own way."

Originally from the Netherlands, Central Otago Midwives midwife Charlotte Aarden has called Alexandra home for 12 of her 16 years in New Zealand.

Mrs Aarden’s dedication to her work has led to more than personal fulfilment — in 2017 she was a New Zealander of the Year medallist.

"For going beyond the call of duty in providing midwifery services to women in Central Otago."

The notification of the honour was initially dismissed by her as junk mail.

"Women contacted me to say congratulations and had I seen it and I said ‘no’."

However, when the penny dropped, she was happy to be recognised as acknowledgement of the "extreme steps we take to keep a baby healthy".

When it comes to the Southern District Health Board’s options for redistributing maternity services thoughout Central Otago and Wanaka, she leans towards making Dunstan Hospital the centre.

"I’ve always gone to Dunstan to stabilise clients or their babies before transfer to Dunedin."

In some cases, that meant medevac by helicopter — something Dunstan Hospital was equipped for, she said.

For example, a baby born at 28 weeks needs resuscitation because it cannot regulate its temperature and oxygen levels because its lungs are not developed, she said.

Her coverage area as part of Central Otago Midwives is Alexandra, Clyde, Ranfurly, Roxburgh and Cromwell.

She said she had concerns about the location of a new primary birthing unit.

"My concern is with the location of the birthing unit from Maniototo or Teviot Valley."

That concern is valid, where time is of the essence in an emergency.

Whatever the outcome, her passion for dealing for pregnancies remains.