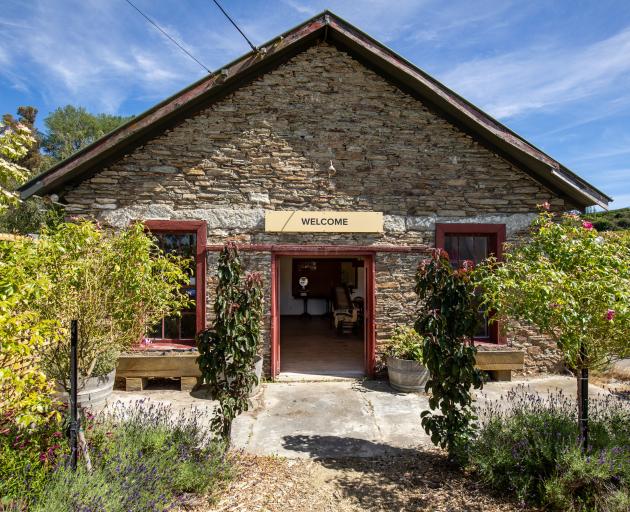 The 8.4ha site on the Fruitlands-Roxburgh road features what is thought to be the oldest standing stone packhouse in the region.

Called Stonehouse Gardens, the property is being offered by Bayleys Cromwell, and real estate agent Gary Kirk said the property dated back to the Tamblyn family.

"Roxburgh and the Coal Creek area saw the start of stonefruit cultivation during the 1860s gold rush, when the Tamblyn family first imported stonefruit trees from Australia,” Mr Kirk said.

Information from their obituaries in the Otago Daily Times showed the brothers John, James and Joseph Tamblyn emigrated from Devonshire, England.

The lure of gold led them to Otago, arriving in 1862 to try their luck at Gabriels Gully.

James Tamblyn was ‘‘one of the first to pitch his tent at Mutton Town Gully" in 1862, the paper said.

By 1864 he and his brothers were settled in Coal Creek, and while continuing to work a sluicing claim for the next 15 years, they turned their attention to fruit growing, bringing in fruit trees from Australia in 1867, over the years making ‘‘the wilderness blossom as the rose", as the ODT described it.

They grew strawberries, peaches, plums and raspberries, and by 1874 were even growing grapes under glass.

Mr Kirk said the packhouse was one of the last remaining publicly accessible structures of its type from that era.

The packhouse had been renovated and had an an open entertaining area and commercial-grade kitchen.

Other historic features on the site being offered for sale included old waterways, stone walkways, bridle and stone stock fences and an old coal cart that had been retained in reference to the original Coal Creek coalmine nearby.