Hunt on for points in hills 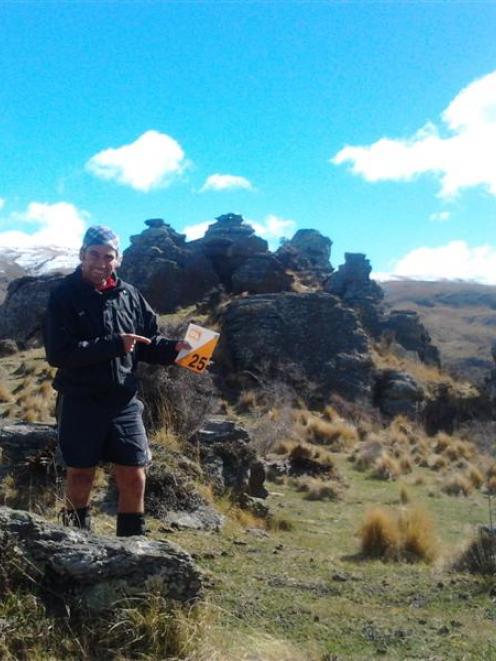 Terry Davis, one of this weekend's rogaine organisers, checks the controls are still where they should be, following some wild weather earlier in the week. Photo by Terry Davis.
As you open your paper this morning, more than 300 people will be preparing to navigate their way around the hills surrounding Bannockburn, some may already be out there, battling the elements.

About 80 small plastic ''controls'', worth varying amounts of points and scattered over the hills, are their targets. The winning team will be the one that has visited the most controls, or the ones worth the most points.

''So you don't need to be the fittest, it's about strategy,'' organiser Terry Davis, of Highland Events, said.

About 350 people had entered this year, more than double the average number of entrants from past events. Some would compete in the six-hour event and some in the 12-hour.

Between 60 and 80 family teams had also entered for the three-hour fun event.

''Rogaining is seeing a big rise in participation. Highland Events runs two rogaines each year, one in May and the other about this time of year. Last year we averaged 140 participants for each event,'' Mr Davis said.

''In our case, competition is good for business. New events like the Godzone Adventure Race helped raise the profile of rogaines as well. Also Nathan Faavae's Spring Challenge, a women-only adventure race, in two weeks' time has brought out lots of women who want to get some navigation practice in.''

The top teams are expected to tick off about 70 of the controls, covering about 55km.

''A walk in the hills may seem pointless but when you've got a map and controls to find and a score to increase, all of a sudden excitement takes over and you're running down the hills trying to find the next one.''

The 12, six and three-hour times are strict and for every minute a team is late back to base, 10 points will be deducted from their score.

Teams set off at 9am, followed by the family teams at 11am.