Jailhouse shack too hard to crack 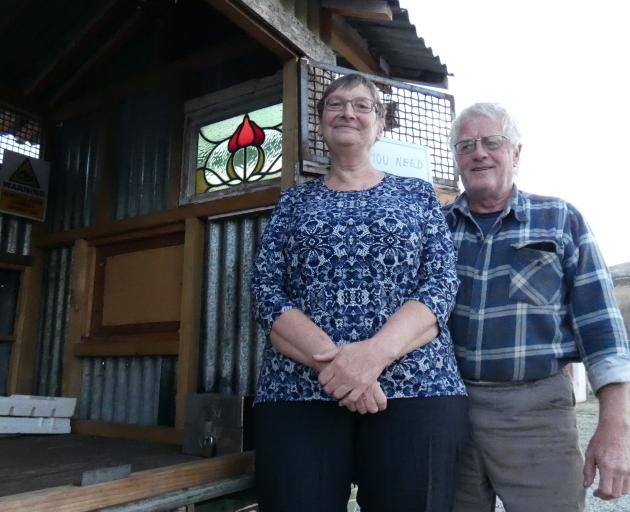 Melanie and Maurice Hillier show the honesty box on the floor of their roadside cabin that was nearly purloined by a would-be thief. Photos: Simon Henderson
Breaking out of the jailhouse with a boxful of loot proved too difficult for a pair of opportunistic thieves.

When they tried to take off with an honesty box, the residents of Teviot Valley mobilised into action.

Melanie and Maurice Hillier operate the Jailhouse Shack near the turnoff to Lake Roxburgh Village.

They sell homegrown eggs, fruit and plants from the custom-made cabin on the back of a trailer.

Neighbours were driving by when they saw someone trying to wrench the honesty cash box off the floor of the shack.

They got in touch with Mrs Hillier, providing details of the car and occupants.

The would-be thieves drove off, unsuccessful in their task either because they had been interrupted or because the honesty box was secured tightly to the floor of the shack. 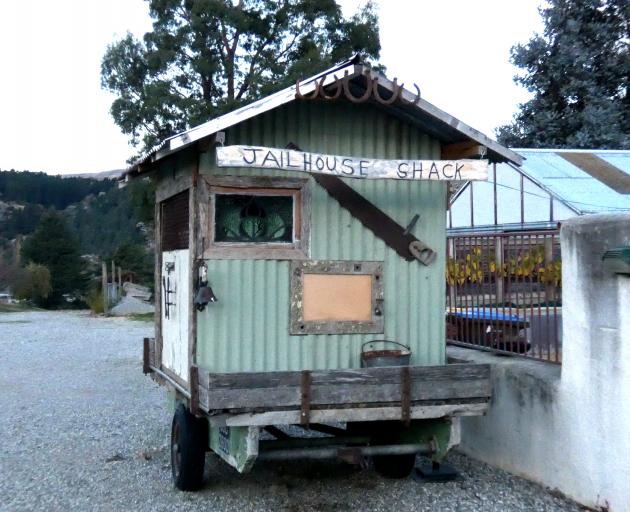 The Jailhouse Shack proved too hard to crack.
Mrs Hillier posted a warning on social media about the pair, and almost immediately a neighbour said they had spotted them in Ettrick trying to take some kindling without paying.

The neighbour took photos and video of the miscreants and passed on details to police.

A police spokeswoman said they were making inquiries but had not yet spoken to anyone in relation to the incident.

Although he was upset by the attempt to steal the honesty box, Mr Hillier said ''one bad apple doesn't spoil the barrel''.

It was a small operation which didn't make much money as their chickens were ''pampered'' but the eggs were popular with locals.

They were thankful for the community support - ''they are really great'', Mrs Hillier said.

everyone played there part / be nice if the police warmed up........from slow start