Joint Effort walk is her motivation 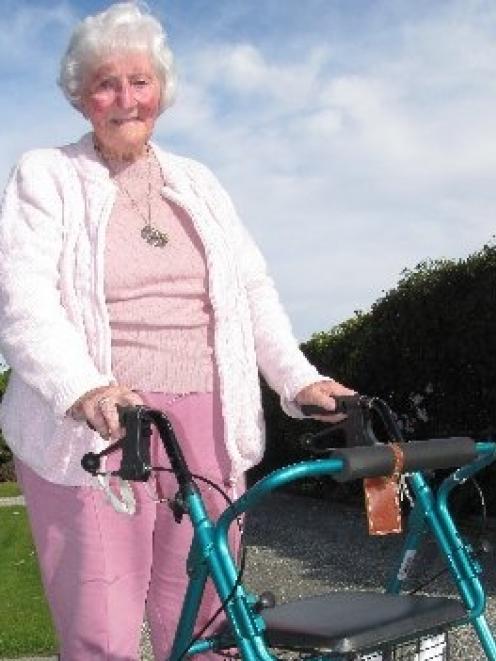 So when challenged to join in Joint Effort, a fundraising walk in Dunedin this weekend, she thought it was something she had to do, despite not being able to get to Dunedin.

Instead, she will walk 1km through her home town of Alexandra, with help from her Probus Club friends.

Though she needs a walking frame to walk longer distances and usually uses a walking stick to walk to her letter box, she intends to complete as much of the 1km as possible without either implement.

About five years ago, she began suffering from hip pain, which became "worse and worse and worse" until it was so great she did not want to move.

"I had the miracle of it [hip replacement], so why can't I do something to help them?"

She said the only regret she had about not being able to do the walk in Dunedin was that she would not meet up with her surgeon, Prof Jean-Claude Theis, and show him what she could now do.

The fundraising walk, organised by Dunedin orthopaedic surgeons, is to raise money for the Wishbone Trust, which supports orthopaedic research.

Organising committee chairman Michael Chin, of Dunedin, said anyone who had had a joint replacement was invited to take part. Similar walks would take place around New Zealand.

"It's fantastic. It's very rewarding to see people up and walking again [after joint replacements]. We don't save lives but we make them better."

The Joint Effort walk will be held on Sunday from 2pm at King's High School, Dunedin.