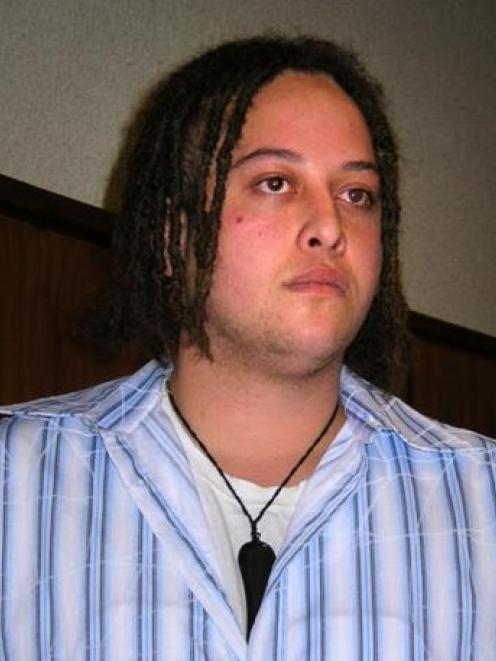 Shane te Ihorangi Cribb
Alexandra man Shane Te Ihorangi Cribb has been awarded $17,900.45 costs for his defence of a dangerous driving causing injury charge, dismissed during a re-hearing in the Alexandra District Court in June.

And Judge Stephen O'Driscoll, who has dealt with the three-year-old case since it came before the courts, said the initial police investigation of the incident was "less than satisfactory" and "not in accordance with best practice". Mr Cribb (20) fought for three years to clear his name after his vehicle and another being driven by a police officer collided at Earnscleugh in 2005.

He last night told the Otago Daily Times he intended to apply for compensation.

Judge O'Driscoll yesterday issued his decision regarding an application by Mr Cribb for more than $25,000 costs incurred in defending himself against the charge.

"There was not an 'independent' investigation of the crash, nor was `independent' evidence provided to the court by the police at the defended hearing.

I am satisfied that the investigation of matters, post-conviction, has also been less than satisfactory," the judge said.

"In a situation like this, we do review what we've done and the mistakes we've made and learn from them and move forward."

Senior Constable Neil Robert Ford, the officer at the centre of the incident, is now a member of the police Southern area's Commercial Vehicle Investigation Unit (CVIU), and is based in Alexandra.

Snr Const Ford could not be contacted yesterday.

Mr Cribb's supporter Steve Potter said Judge O'Driscoll was not critical enough of the police involved in the case.

Mr Potter and wife Denise, both of Alexandra, paid for Mr Cribb's defence from the time he was charged.

The couple incurred costs of $17,900.45 for lawyers' fees and to pay for an independent expert's report on the incident.

"It was stressful because we had to put it all on the mortgage, although I always knew the truth would come out."

Direct costs to lawyers and a crash investigator were covered in Judge O'Driscoll's awarding of costs, but Mr Potter said more than 1000 hours of his and his wife's time was not. Mr Cribb said he would be "happy to go back to court" to apply for compensation.

"The judge has only awarded enough costs to pay Steve [Potter] back for lawyers' fees but we will fight for compensation on my behalf, as well as Steve's."

Mr Cribb, who last month admitted in the Alexandra District Court a charge of possessing cannabis and was fined $150 and ordered to pay court costs of $130, did not know how much compensation he would request from the police.