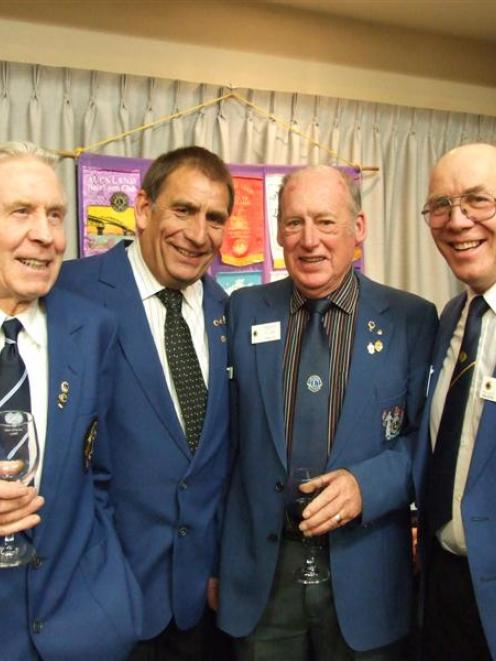 About 140 people converged on Cromwell to celebrate the club's 40th birthday at the weekend, with past members travelling from all over the South Island to take part.

Club president Neville Huckle-bridge said the club might be middle-aged but it was certainly healthy and vibrant.

"Our membership, at 50, is probably the highest it's been for a while, and we've got a few younger people coming in, which is good for the future of the organisation," Mr Hucklebridge said.

"As well, we get retirees coming here who are already members of Lions and people shifting into town for work, so it's all good news for us."

A dinner was held on Saturday to mark the 40th anniversary.

"It was a really successful night, with people coming from far and wide and the chance to catch up with lots of former members who came back for the event," Mr Hucklebridge said.

Trevor Holland, who has been a member of Lions for 34 years, the past 15 as a Cromwell Lions Club member, said the organisation was a "low-key, no-fuss" group.

It helped a wide cross-section of people, from the youthful through to the elderly.

"As well as helping others, it gives you a chance to meet a different circle of of people to socialise with," Mr Milne said.