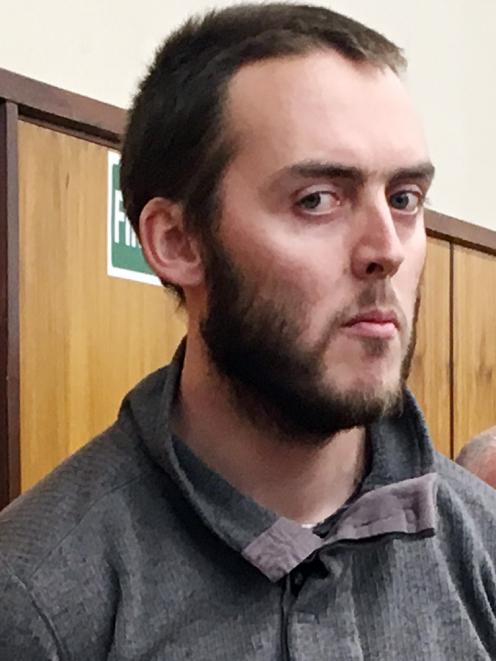 Geordy Johnstone.
A man who sexually abused a 6-year-old boy but denied being attracted to children was looking at child pornography weeks after completing his sentence.

Geordy Peter Brian Johnstone (24), of Alexandra, was sentenced to home detention in 2017 for groping the child but only 23 days after the sentence expired, he was viewing hardcore images, the Alexandra District Court heard yesterday.

The defendant was jailed for three years and three months on 28 charges of possessing objectionable publications, which incorporated more than 5600 illicit pictures.

Among them were photos of young girls being violated and subjected to bestiality, as well as young boys being abused, hog-tied and kept in a cage.

Johnstone amassed the haul of images between December 23, 2017 and February 7, 2019, while living in Roxburgh, Judge Emma Smith said.

Johnstone had "started" to accept his addiction to pornography, he said.

A probation report said Johnstone realised he needed to stay away from children, because sometimes when he saw them in the community he had flashes of them "in a sexual manner".

Johnstone's offending was discovered when New Zealand police received a referral from the Royal Canadian Mounted Police about a user of the instant messaging application KIK, who had an image containing child exploitation material in their profile picture.

Officers raided the defendant's home and seized a desktop computer and iPhone on which the slew of abuse material was stored.

Judge Smith said the depravity of the offending and exploitation of the victims was high.

Most of the charges Johnstone faced were classified as "category A", the highest end of the scale.

Some of the images were of children being raped by dogs, the judge said

Many of the publications featured children aged between 2 and 14 years, but one image was of a 6-month-old baby.

Johnstone had no "significant insight" into his offending or consideration for his victims, Judge Smith said.

She wanted to talk about the victims in the images because "they can't talk for themselves".

They were somewhere in the world facing the "grossest of indecencies", often while imprisoned or detained.

Judge Smith said Johnstone was a significant risk to others.

His name will be added to the Child Sex Offender Register.