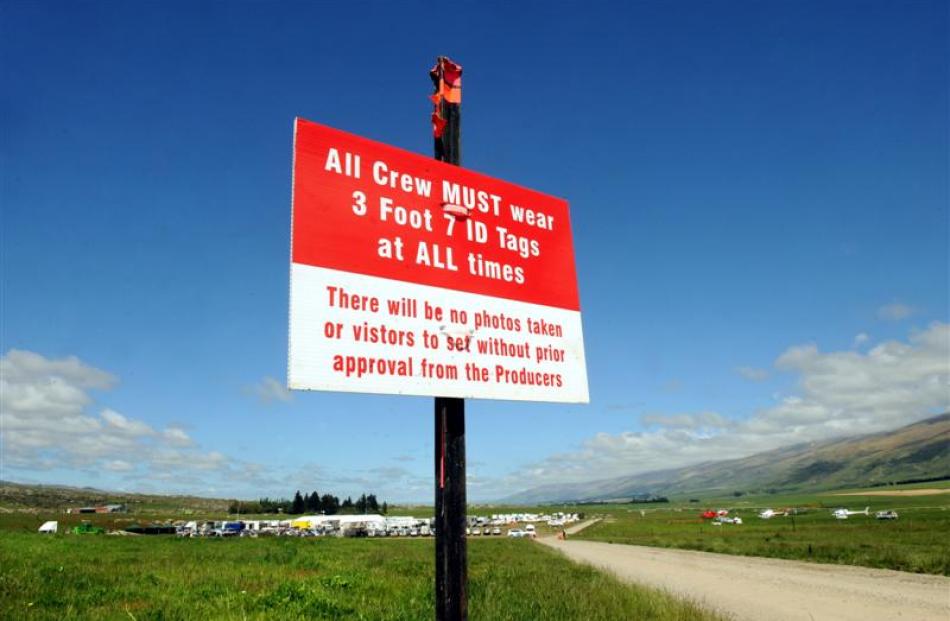 Sir Peter Jacksons film, The Hobbit is being filmed on private farmland near Middlemarch but the locals are not talking. Photo by Stephen Jacquiery. 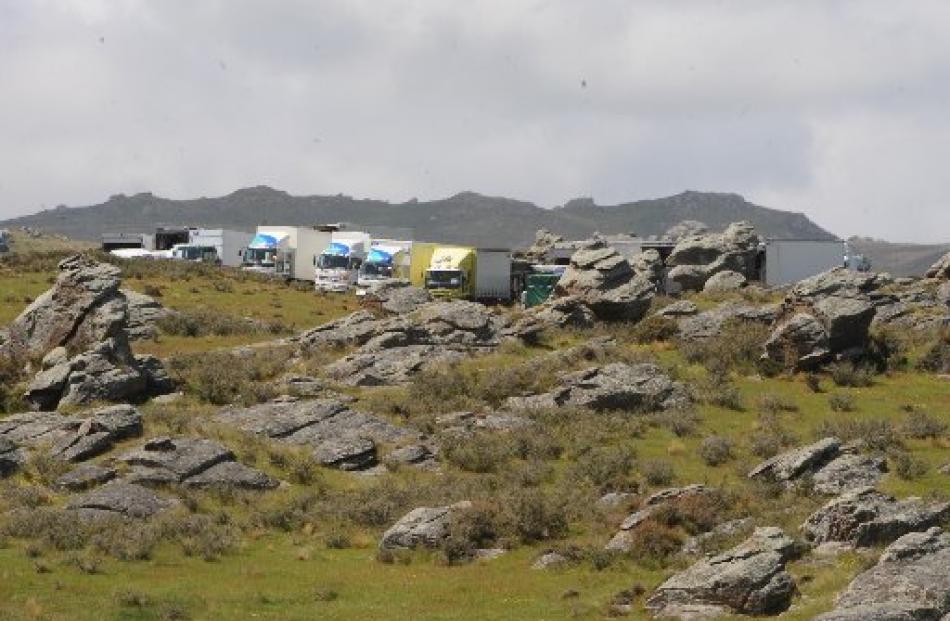 Trucks surround what is understood to be a set for The Hobbit films. Photo by Stephen Jacquiery. 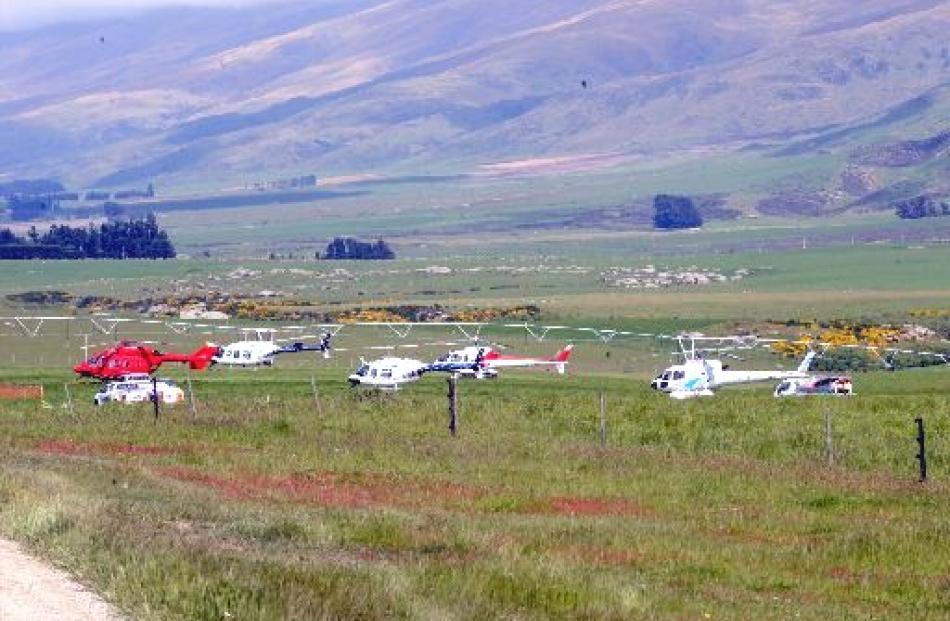 Five helicopters sit ready to be used in filming. Photo by Stephen Jacquiery.

One of the biggest things to happen in the Strath Taieri and Maniototo in recent years has tongues wagging - but not to those outside the patch.

Six helicopters, a giant marquee, security guards and dozens of trailers have been parked in a paddock east of Hyde for the past four days.

But ask the locals why the trailers are there, and most reply "Can't say" or "Don't know".

However, use the words "hobbit", "film set" and "Sir Peter Jackson", and sly, knowing smiles cross their faces.

Filming for Sir Peter's two-part Hobbit film series started in Wellington in March and, while other locations have been closely guarded, they include areas around the Strath Taieri and Queenstown.

Otago Central Hotel owner Ngaire Sutherland, of Hyde, said she was "sworn to secrecy" about the filming, but some of those involved were staying at her establishment.

"We do have some people staying here, but we don't have the top brass. We've still got more cyclists than hobbits," she said.

Cast and crew were scattered "all round the place" providing a "boost for the area in total".

"We are bending over backwards to help them, but we don't get into much conversation because they are working ... they are doing some long hours."

Strath Taieri Community Board chairman Barry Williams said, while the filming was meant to be a secret, it was "pretty well known [as] they are all over the show".

A "base camp" had been set up on private land near Hyde, with crew arriving in the area from last Thursday.

Security was tight around the camp with signs requesting "All Crew MUST wear 3 Foot 7 ID Tags at ALL times".

Filming had been delayed due to rain and the cast and crew were expected to be leaving today.

Middlemarch business owner Dave Thompson said the whole thing had been "quite amazing", but people could not say anything about it because of a confidentiality agreement.

When asked if a contract had been signed, or it was a verbal agreement, he said, "Can't say."

He was also not sure when people would be able to start talking about the filming.

Northern Irish actor James Nesbitt, who plays dwarf Bofur in the films, is staying in Naseby.

Kirsty Sloan, of the Royal Hotel, said he was the "biggest name" staying in the town.

"We had a lot of them eating and drinking with us," she said.

She did not know where other stars, such as Martin Freeman, who plays Bilbo Baggins, and director Sir Peter were staying.

The Hobbit: An Unexpected Journey is scheduled for release on December 14 next year.

The second film, The Hobbit: There and Back Again, is due to be released on December 13, 2013.