New board rolls sleeves up 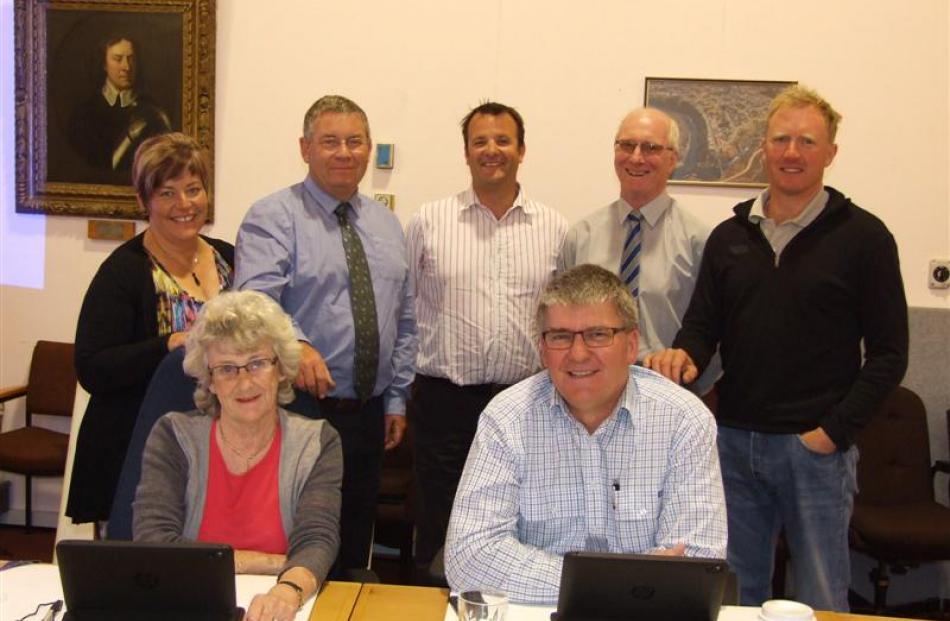 Appropriately for an Armistice Day meeting that started at 11am, there was little dissension in the ranks at the first meeting of the new Cromwell Community Board yesterday.

Board members were sworn in by Central Otago Mayor Tony Lepper, and Tom Pinckney and Shirley Calvert were the only ''new faces'' around the board table.

They replaced Murray MacMillan, of Mt Pisa, who retired after 21 years on the board and unsuccessfully sought a seat on the Otago Regional Council, and Terry Emmitt, of Cromwell, who was unsuccessful in his bid for a sixth term on the Central Otago District Council and on the board.

Deputy mayor Neil Gillespie was returned unopposed for his sixth term as board chairman and Helen Hucklebridge was elected for her fourth term as deputy chairwoman.

''I look forward to the challenges we face as this board, as the community and, indeed, as the wider district,'' Mr Gillespie said.

It was great to have some ''new blood'' on the board and there were some hard issues to address this term, such as water and wastewater upgrades.

Mr Lepper paid tribute to the work done by Mr Emmitt. He was the highest-polling unsuccessful candidate in the council's Cromwell ward and in the community board race.

''He's given pretty major service to this community,'' Mr Lepper said. Mr Emmitt had declined a formal farewell or function aimed at recognising his contribution.