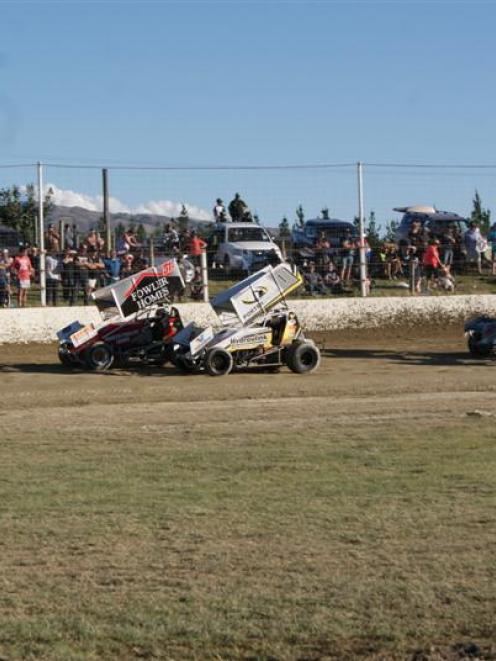 Tauranga driver Rodney Wood took on 27 other drivers over two nights of racing at Central Motor Speedway in Cromwell to reclaim the title.

The Cromwell club hosted the 2010 championship, also won by Wood, but since then the title had been in the hands of professional American drivers, he said.

''I'm absolutely stoked ... very very happy indeed and to make it a double made it even sweeter.

The 48-year-old was at the top of the points board after the six qualifying heats and therefore was in pole position for the Saturday night final.

He said his advantage might have been the ''bumpy'', ''heavy'' track.

Most North Island-based drivers were used to the heavier tracks, but their southern counterparts might not be, he said.

Six of the Cromwell contract drivers made it into the 20-car final, which club president Andy Erskine, of Arrowtown, said he was ''rapt'' about.

He was one of those drivers and, with three seasons under his belt, one of the more experienced Cromwell drivers.

''It was the home track so there may have been a bit of an advantage but at the end of the day, experience-wise ... they did really well to get in [to the final] with the really experienced guys.''

Mr Wood, for example, has been racing sprintcars for six seasons.

The top-placed local driver was Jason Scott, of Queenstown, in sixth place followed by Daniel Anderson, of Te Anau, in eighth and Erskine in ninth.