Not such a cherry Christmas 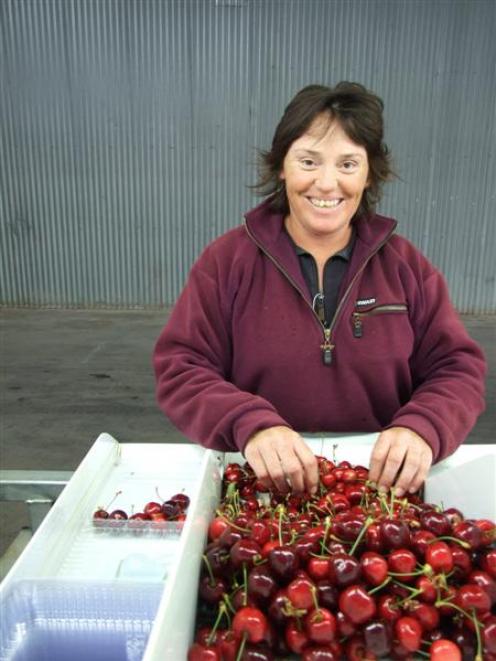 Earlise cherries at Harry Roberts' Earnscleugh orchard yesterday. Photo by Lynda van Kempen.
Central Otago cherries could be in short supply for Christmas unless the weather warms up.

Cold temperatures and rain showers yesterday and Thursday, combined with a chillier than usual spring, is believed to have slowed down the main harvest of the summerfruit delicacy by up to a week.

"We're looking at the main harvest starting five to seven days later than usual and unless we get a run of hot days, there will still be cherries for Christmas - and nice fruit - but not a huge volume of them,'' 45 South general manager Tim Jones said.

He estimated the main harvest of the company's Cromwell cherries would begin between December 15 and 20.

Although there had been 6-7mm of rain this week, the cherries were at little risk of damage from the rain.

''We had one helicopter going this morning to dry out the fruit, but then the wind came up so that was good ... and cheaper than using helicopters.''

''It's not just the last couple of days that have affected it but the colder weather in spring, too.''

The bulk of his crop would be harvested after Christmas and into January.

''There used to be a big push to have fruit ready for the Christmas market, but now there's more of an export focus and the bulk will be exported in January.''

This week's rain had simply ''freshened up the fruit a bit'' rather than causing any damage. Earnscleugh orchardist Harry Roberts said the cold snap was ''a bit of a nuisance, but it's always the way''.

Harvesting his main cherry crop began on December 16 last year but he estimated it would be three or four days later than that this year.