Oliver back home for business and pleasure 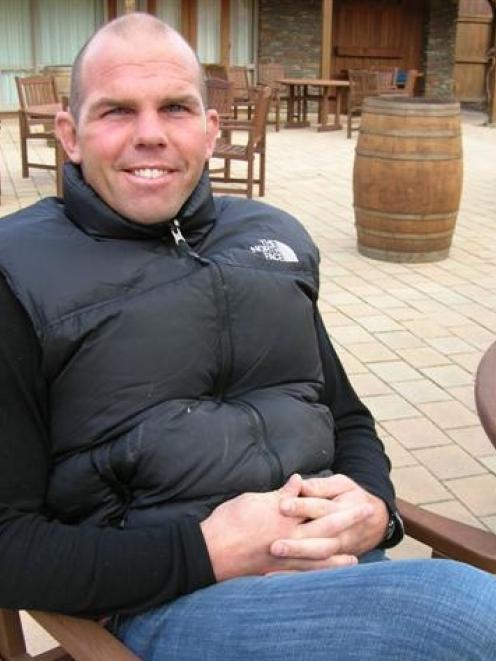 Former All Blacks captain and Maniototo Environmental Society and Save Central member Anton Oliver takes a break from Project Hayes Environment Court appeal hearing proceedings at Cromwell yesterday. Photo by Rosie Manins.
Black pudding and stale birthday cake were on the menu when former All Black Anton Oliver returned to New Zealand recently, after a month spent eating fish and taro for dinner in Fiji.

Oliver, who had been playing rugby in France, spent most of July living in a subsistence community within the Pacific nation, discovering what life was like living off the land.

The experience was a precursor to the start of his master's degree in biodiversity, conservation, and management, which he will complete at Oxford University in England from mid-September.

Before adopting a British lifestyle however, Oliver delighted in eating traditional kiwi fare while in Blenheim with his mother and grandmother during the past week.

"I missed my grandmother's 90th birthday which was disappointing, but she saved me a piece of her birthday cake. It was a bit stale bit I told her it was great," he said.

A staple lunch of black pudding while in Blenheim also put Oliver in good spirits for some time spent at his home in St Bathans, Central Otago.

He was at the Environment Court appeal hearing for Meridian Energy's proposed Project Hayes wind farm development in Cromwell yesterday, and planned to return today.

Oliver will spend a week in Central Otago before flying to Auckland from Queenstown on Sunday.

At the end of August he will fly to Oxford, where he will stay at Worcester College while completing his masters degree, which he expects to finish within a year.

While in England, Oliver will end his long-running involvement with rugby by playing for Oxford.

He said it was a fitting way to leave the sport which he began at an amateur level in Otago.