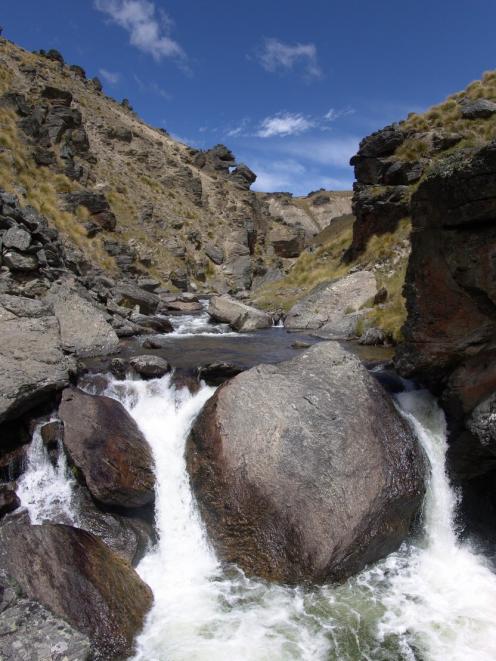 Due to the altitude and topography of the area, construction would not be possible during the winter, but track construction and upgrades would begin this month, Pioneer Energy development general manager Peter Mulvihill said. The main construction of the intake, powerhouse and pipeline was scheduled to start in September.

The scheme would generate about 30GWh of power annually and should be supplying the local region by March next year, Mr Mulvihill said.

Pioneer Energy was not disclosing the cost of the project, he said.

Mr Mulvihill said the power scheme would be on Earnscleugh Station, between Alexandra and Clyde, and would be "largely unseen". Most of the 3.5km pipeline would be buried.

The scheme’s powerhouse would be 3km upstream of the Fraser Dam (built by the government as an irrigation dam, in 1935), near where the inflow from Rough Creek joined the Fraser. The water intake is a further 3.5km upriver from the powerhouse.

Mr Mulvihill said the Fraser River had a "long association with power generation and irrigation". The potential for further hydro generation on the river, upstream of the Fraser Dam, was identified in the 1980s and in 2015 Pioneer Energy obtained the necessary consents to construct a new scheme.

"The natural fall of the river upstream of the Fraser Dam creates potential for high energy generation. It [the new scheme] will be a run of river scheme and will be entirely dependent on natural inflows."

Pioneer Energy already has another small hydro scheme on the Fraser River, about 3km downstream of the Fraser Dam.

Part of the new scheme will include upgrading the 4WD track up to the head of the Fraser Dam, which provides access to the Shek Harn walking track, and the walking/mountain-bike track known as Prospect Hill.

A new access track will be built from the head of the Fraser Dam on privately owned land, following the true right bank of the Fraser River. It would be located to avoid any impact on the river, and to stay clear of the many historic mining remnants along the banks of the river, Mr Mulvihill said.

The environmental impact of the project would be minimal, as it was being built in a steep gorge section of the river, he said.

The work would be carried out using local contractors where practicable.

All financial benefits from the scheme would be returned to the Central Otago and Queenstown Lakes region, through Pioneer Energy’s owner, the Central Lakes Trust.

Pioneer Energy’s Matiri hydro scheme in the Tasman district has also been approved for construction. Matiri would add about 28GWh into the Murchison area by October 2019, Mr Mulvihill said.

Once they were commissioned, Pioneer Energy would sell both schemes to one of its joint-venture partnerships, the Southern Generation Limited Partnership (SGLP), Mr Mulvihill said.