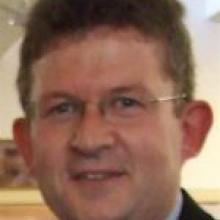 David Whitney
Any decision on whether dams are allowed on the Nevis River should be made through the resource consent process, local authorities have told a special tribunal considering the matter.

The Central Otago District Council and Otago Regional Council have opposed an application to change the existing Water Conservation Order on the Nevis.

"A resource consent application provides the best mechanism to enable the community and all interested parties to participate in the decision-making process, with respect to any actual and potential effects on the environment of a specific proposal to allow a power generational facility on the Nevis River," district council planning consultant David Whitney told the tribunal in Cromwell yesterday.

The New Zealand and Otago Fish and Game Councils have applied for the order to be amended so dams on the river are banned.

The existing order, approved in 1997, allows for the possibility of hydro development.

A special tribunal, set up to consider the 248 submissions on the matter, will determine whether the order should be changed.

The tribunal has heard 14 days of evidence so far and the hearing has now been adjourned until July 9 for the summing up.

Dam developer Pioneer Generation has been considering options for hydro dams on the Nevis but has not finalised those plans.

A hydro dam would be a discretionary activity under the Central Otago district plan and the Otago regional water plan.

Mr Whitney said the resource consent process would allow both adverse and positive effects of the activity to be properly assessed.

"The economic resources of the Nevis Valley have been utilised, particularly for mining, since the earliest days of European settlement in Central Otago," he said.

There was an ongoing interest in the resources of the Nevis Valley, and its gold, oil shale and lignite coal resources had not been addressed in the application.

A total ban on damming of the river would be contrary to meeting the needs of the community in terms of hydro-electric power requirements, he said.

It might also compromise a source of funding for community projects in the area.

Pioneer was owned by the Central Lakes Trust, which distributed grants throughout Queenstown-Lakes and Central Otago.

"Through this mechanism, Otago's communities would benefit from any energy development on the Nevis River," Mr Whitney said.

"It focuses on prohibitions on activities, which is counter to the effects basis of the Resource Management Act, and negates any opportunity for activities which may avoid, remedy or mitigate adverse effects through their design or operation," Mr McRae said.

Players: New Zealand and Otago Fish and Game Councils want the changes; Pioneer Generation, Contact, TrustPower and local authorities are among those in opposition.

What happens next: The matter is adjourned to Dunedin and will probably resume on July 9, with more expert witnesses and then summing up.

Quote of the day: "No compelling reasons have been presented in the documents lodged in support of the current application to justify a total prohibition on damming of the Nevis River" - CODC planning consultant David Whitney.