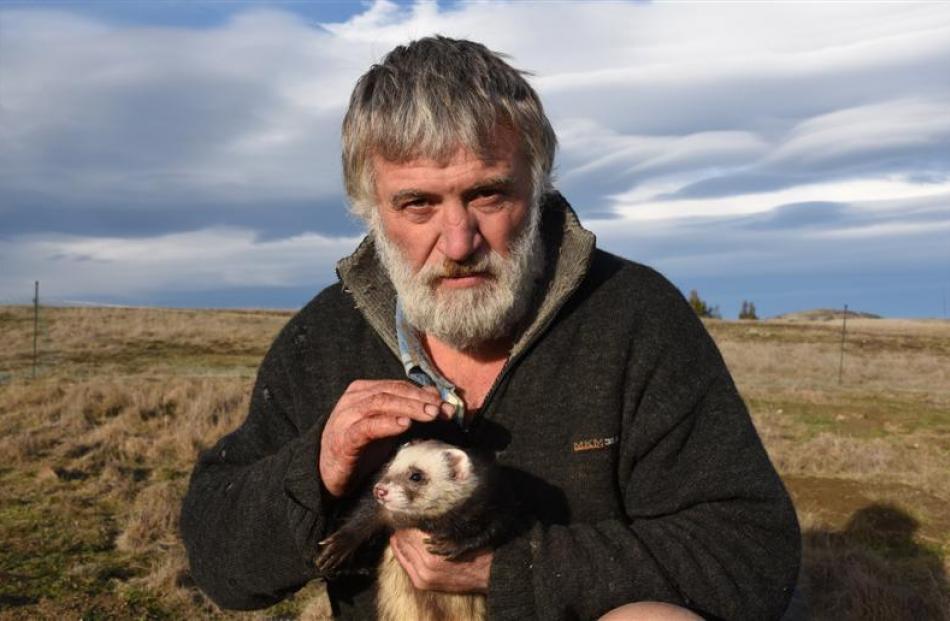 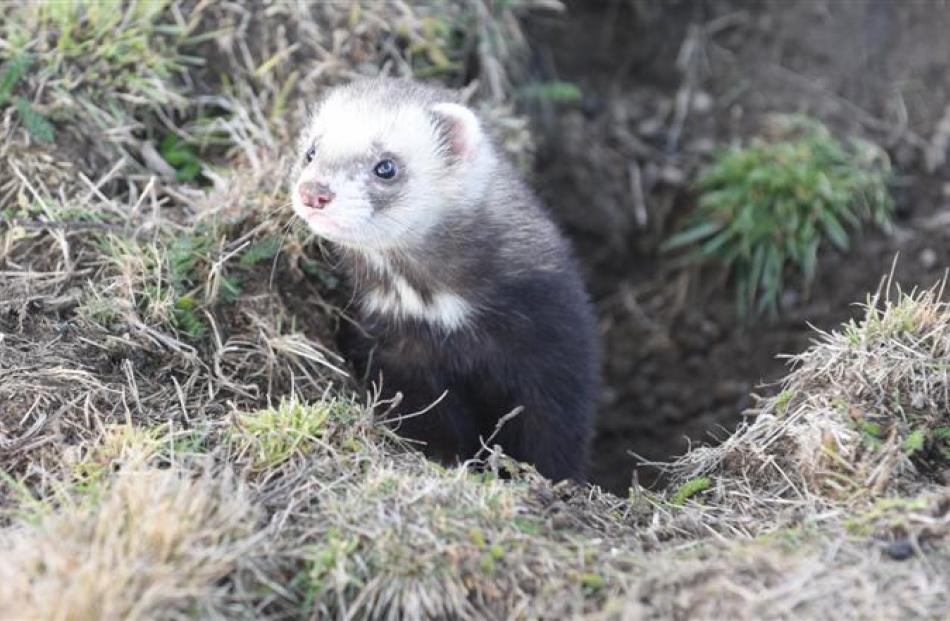 Rarely is a good word said about ferrets in New Zealand. After all, they eat our native birds. But, as Mark Price reports, Hyde rabbiter Stephen Dickson has been working with them for three years now, and has built up a certain ... admiration.

They sometimes get the run of his house in Hyde.

He carries them down the front of his jersey when he is out rabbiting.

And he handles them as you would any mischievous pet cat, or dog, or rabbit.

In return, they scare wild rabbits out of underground warrens for him to net or shoot.

And they hardly ever bite him, even when his hands are covered with rabbit blood.

Mr Dickson describes ferrets as one of the tools in his rabbiter's toolbox.

At one time, some rabbiters would have had more than 100 ferrets, Mr Dickson says.

He has three, would like six, and knows of only two other southern rabbiters using them.

There are various occasions when ferrets are at their most useful, particularly in warrens on open ground and around towns and hobby farms, he says.

''Because of the way it's going with shooting around houses and all that carry on, and people don't like poison around town, it just works.

''It's not the fastest method but it's a very effective method.''

Because it is not legal to breed ferrets, they must be caught from the wild, neutered and then trained to become pets so they do not run away.

When neutered, they are also less easily distracted while on the job.

Asked about their personalities, Mr Dickson is quite complimentary, describing them as ''hard cases''.

''Bring them inside at night and just watch them go ballistic.''

He will admit ferrets are a risk to ground-nesting birds, but makes the point they do not tend to climb and are rarely found in native forest.

In contrast, he has not a single good word to say about stoats and cats which he believes are a far greater risk to native birds.

Rabbiters licensed to hunt rabbits for human consumption get about $5 a head, but Mr Dickson considers that is not worth the trouble.

At the end of the hunt, Mr Dickson picks up his two ferrets, ''Ferrety'' and ''Boys'' and pops them back in their box.

And, for tea, they can expect a cat biscuit or two and, of course, a rabbit.