Raising lake will have 'minor effects' 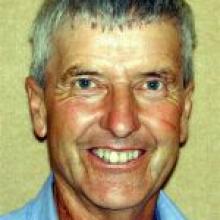 Stan Randle
Raising the level of Lake Roxburgh 60cm will allow Contact Energy to use hydro generation to match or "firm" increases and decreases in power output from an increasing number of wind farms in Otago and Southland, the company says.

In its application to the Otago Regional Council for a variation of its water permit, Contact said a heightened lake level would boost power generation. It has applied to raise the maximum operating level of Lake Roxburgh to 132.6m instead of 132m.

Intermittent wind generation, especially in Otago and Southland, was likely to play a greater role in power generation and that might lead to a greater need for hydro generation, the application, authorised by Contact's generation manager, Mark Trigg says.

An enlarged operating range on the lake would let the Roxburgh power station match or "firm" increases and decreases in wind farm output.

"Put another way, a narrower operating range in Lake Roxburgh against a background of rapidly increasing levels of wind generation will increase the risk of spill of water to ensure the lake is held within the authorised limits, with a consequent loss of renewable generation potential," the application says.

Contact says its proposal will have "very minor effects".

The Alexandra District Flood Action Society will meet tomorrow night to discuss the application. Society president Stan Randle said the group was formed in 1992 after the Alexandra floods to mitigate the effects of any future flooding in the area between the Clyde and Roxburgh dams.

"We're taking this proposal [to raise the lake] pretty seriously, " he said.

"We need to take a close look at whether it will impact on the floodbanks and what will happen at the time of a flood.

If you've got the bath half-full and then make it three-quarters full, where does the water go?"Flooding is one of the matters addressed by Contact in its application and it suggested the existing flood rules be altered to avoid any changes arising from the heightened lake level.

The lake level would be lowered to below 132m at the Roxburgh dam, if river inflows were high.

An amenity and recreation report on the proposal, prepared by Opus, said raising the lake would have a negligible effect on the use of the lake by boating, fishing and hunting enthusiasts.

The shoreline was mostly rocky and steep, the report said.

The Alexandra end of Lake Roxburgh was likely to rise by between 25cm-50cm above the usual fluctuations in lake level.

This would have a minimal effect on amenity and recreation around the Alexandra bridge.

At the confluence with the Manuherikia River, the water level was expected to rise by between 25cm and 50cm.

This would not affect the swimming areas by the Shaky Bridge, the report said.

Historic huts and tailings along the Roxburgh gorge, walking tracks and boat ramps around the lake at Roxburgh and Alexandra would not be affected.

Submissions to the proposal close on March 13.