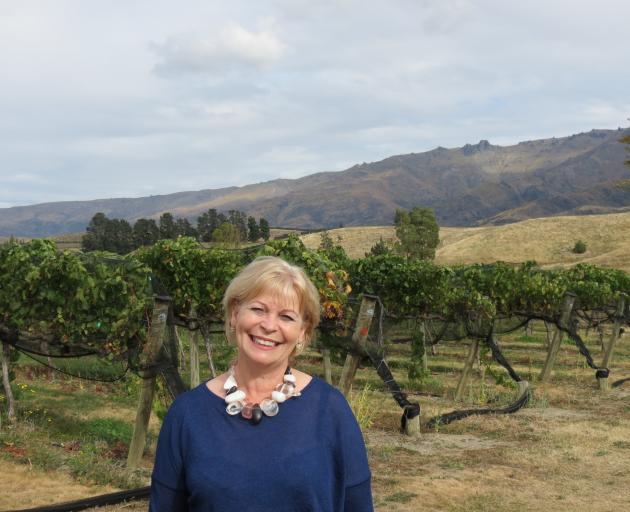 Janiene Bayliss, of Ata Mara winery near Cromwell, has been recognised internationally for her work in the wine industry. PHOTO: ALEXIA JOHNSTON
Central Otago vineyard owner and wine producer Janiene Bayliss has reason to raise a glass after being recognised on the world stage as a woman of influence.

Ms Bayliss, who is co-owner of Ata Mara winery near Cromwell, has been recognised by Decanter for her work in the wine industry.

Decanter, a wine publication in the UK, recently highlighted women within the industry in celebration of International Women’s Day, recognising their work in various roles across the sector, including winemakers, founders and chief executives.

Ms Bayliss was one of 12 women to be recognised, and the only New Zealander.

News she was on the list came as a surprise: ‘‘I didn’t know anything about it.’’

After hearing the news, she was of the opinion that ‘‘it was quite nice’’ to get a mention.

It was not until she saw who else featured on the list that she understood the extent of what it meant.

‘‘We are talking about the head of Champagne in France,’’ she said, citing one example.

Ms Bayliss, who divides her time between New Zealand and the United Kingdom, has met some of the women mentioned and was proud to be listed among them.

She was also proud of the work she has done locally, particularly as a founding member of Women in Wine Central Otago, which provides a platform and professional support network for women in the industry.

‘‘It was really important when I was spending time in New Zealand to get the women together.’’

With about 25 female winemakers in Central Otago, there was plenty of scope and reason to get them celebrating their work collectively.

Of those 25, nine own their own vineyards and the Central Otago network’s database now had more than 200 women actively working within the wine industry.

‘‘They network, they share ideas and they provide fellowship.’’

Without the group, they could feel very isolated.

Ms Bayliss discovered a similar group when she was in London and realised the need for it in Central Otago.

Three years on, it is thriving and is now a charitable trust.

The women meet once a month during the height of the season and then every few months in the off-season. The learning, fellowship and knowledge members received was what made it successful, she said.

Ms Bayliss, who has stepped down from her role as chairwoman after buying property in Hawke’s Bay, said the group had a lot to look forward to, including an exchange, the first of which was planned with Australia but could not go ahead because of Covid-19.