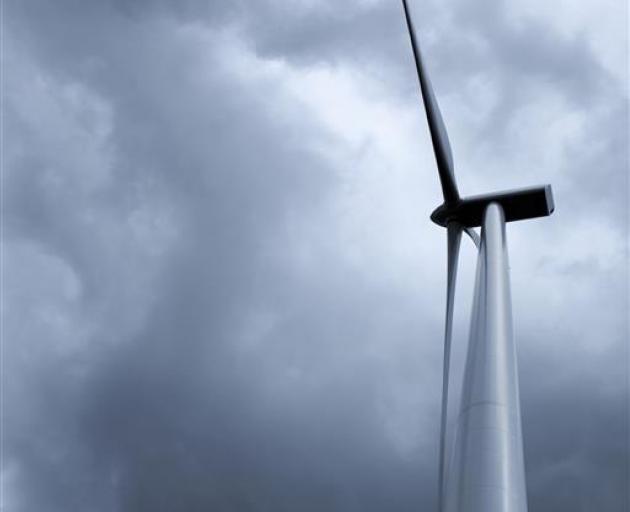 The report stated more noise measurements needed to be taken from the wind turbines near Leaning Rock Cherries orchard. PHOTO: ODT FILES
The noise coming from frost-fighting wind turbines used at Leaning Rock Cherries orchards is unreasonable and more noise measurements should be taken, a report commissioned by the Central Otago District Council has found.

However, council planning manager David Campbell has said no more testing was scheduled at this stage, but it was a "possibility" more might be done later.

A Leaning Rock spokesman did not reply to requests for comment.

Novo Group consultancy has taken two rounds of measurements from the frost fans at the council's request following complaints from various residents who live near the frost fans, in Letts Gully, near Alexandra.

Residents have said the noise from the fans - one of which is only 100m from a house - is unbearable and the council's regulations that allow that level of noise are confusing and not strict enough.

However, a follow-up letter on November 7 said following additional consideration of the "impulsive sound" characteristic of the turbines - the "rapid-fluctuating sound characteristic from the frost fan sound" - it was now considered the noise for the houses to the northwest, west, southwest and south was also unreasonable.

The October report said noise measurements were taken at various locations near Leaning Rock orchards and the frost turbines were the "dominant noise source" at all the locations - there were no other rural or agricultural activities taking place at the time that caused "obvious or undue" noise. Five measurements were taken at various locations to assess the cumulative noise of the frost fans.

Mr Campbell said the Novo Group report was being peer-reviewed by Leaning Rock.

When asked if the council was going to take any action following the Novo Group conclusion that the frost turbine noise was unreasonable, such as issue abatement notices or prepare reports for councillors about the possibility of council regulations being changed, Mr Campbell said "at this stage we are still awaiting confirmation of a meeting date with the orchardists, which is reliant on their peer review of the noise report".

He said the frost fan regulations would be revisited as part of the council's district plan review "unless council wants us to look at them sooner".

No-one at the council has given a precise estimate of how long the district plan review will take, but it has previously been estimated as at least several years.