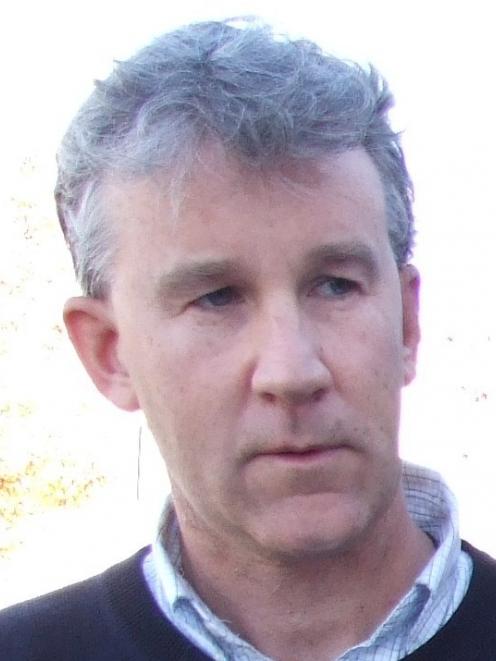 Dan Perriam
A proposal to store and discharge sewage sludge on land at Tarras already has the Otago Regional Council (ORC) consents it needs, much to the surprise of some of the neighbours.

"It was a bombshell to have this dumped on us and find out the regional council had already given consents, without the application being notified or neighbours being consulted," Tarras resident Dan Perriam said.

Mr Perriam said the neighbours and Tarras residents only found out the ORC had already granted consents to the QLDC for the operation by reading through the information provided when the most recent consents were sought.

The Central Otago council advertised the application and received 69 submissions, 65 opposing the plans, three in support and one neutral.

It plans a hearing next month before an independent commissioner.

Regional council resource management director Selva Selvarajah said neighbours would only have been informed if they were likely to be directly affected by the proposal.

There was no run-off from the sludge, no likelihood of it leaching into the groundwater, which was at a depth of 60m-70m, and the pathogen level of the sludge dropped after it had been stored.

The sludge stockpile was more than 1km from the nearest dwelling.

"Taking all that into consideration, we decided that no-one was environmentally affected by this proposal," he said.

Mr Perriam said residents were concerned ORC consents, lasting until 2045, had been issued this year.

"We've been having regular meetings with the ORC about enhancing water quality in the Lindis River and protecting the environment we live in, so it doesn't make sense that we weren't even consulted, " he said.

The ORC was satisfied the risk of the pathogens in the sludge could be mitigated, Dr Selvarajah said.

The longer the sludge was stored, the lower the level of pathogens.

"If you want to compare the amount of pathogens, and compare the bug level in sludge, then raw dairy effluent has more bugs than sludge."

The consents included conditions about the treatment and disposal system.

The disposal area was not allowed to be within 50m of the property boundary or any watercourse, no ponding or surface run-off of the sludge was permitted and there was to be no "offensive or objectionable" odour from the stored or applied sludge.

The conditions also covered when and how the waste was applied to paddocks.

The regional water plan promoted the idea that land-based application was the preferred option for waste water or waste, Dr Selvarajah said.

The Government was discouraging highly organic substances being dumped in landfills.

"The difference between the sludge as a fertiliser or any compost is that it has higher bug levels and trace elements.

"The longer it is stored, the more and more acceptable the level of bugs are, as they all die."