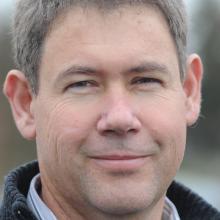 Fraser Jonker.
Proposed changes to power regulations  would reduce the viability of their operations and  lead to the closure of small power stations, Pioneer Energy and other members of the Independent Electricity Generators Association believe.

The Electricity Authority is considering submissions to its planned reforms.

No decision has been made yet.

Independent generators will hold a public meeting in Cromwell next week to outline what they say are the consequences, if the changes are implemented.

Ninety local power stations around the country generated 10% of the country’s electricity and the changes would affect them, as well as power consumers, he said.

Pioneer is a community-owned energy company, based in Central Otago.

Its chief executive Fraser Jonker said the reforms would have a huge impact on local power stations.

One of the proposals was the removal of a rebate paid to smaller power stations — a service payment given to generate electricity at peak times.

The payment recognised that every kilowatt of power generated locally was one less kilowatt that had to be imported from other parts of the country.

"Those imports cost big bucks. The power has to be shipped across the national grid and then across the local electricity line company network to get it to you. All those pylons, substations, cables and lines are expensive. And the bigger the peaks in demand, the more capacity that is needed in the system and so the higher the cost," Mr Jonker said.

The regulations were introduced to support local power stations, to reduce the need for imports and to encourage more renewable energy supplies.

Under the reforms, a new fee would be charged to send Pioneer’s power across the local line network, he said.

The value of small power stations would decline, affecting their viability.

"Less power will be produced locally. More will need to be imported at higher prices."

That would be to the advantage of the bigger power companies, he said.

It would threaten the survival of smaller power generators and the jobs provided by those firms.

Mr Smith said the firms represented by the association were the "small guys".

"We’ve relied on these power regulations to protect us against the larger monopolies. If these charges are implemented, it will leave us vulnerable to takeover by those larger companies.

"The repercussions are wide-ranging."