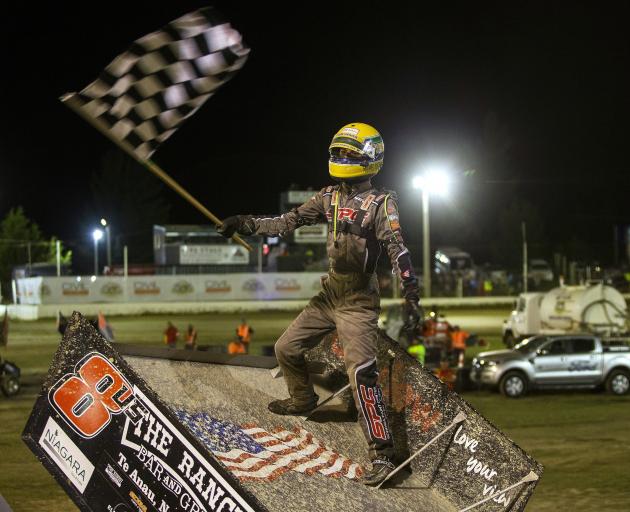 American sprintcar star Buddy Kofoid celebrates his win at this year’s NZ Sprintcar Title event in Cromwell. PHOTO: SUPPLIED
The rise of Cromwell’s Central Motor Speedway from modest beginnings to a reputable cornerstone of New Zealand Speedway has been built off nearly 40 years of passion and dedication. As it works to secure a long-term future, Adam Burns spoke to the club about its importance in the region and what sets it apart.

There was a time when committee meetings at the Central Motor Speedway consisted of a handful of people.

It goes to show how much the Cromwell club has grown since humble beginnings, when members were satisfied with gold coin donations through the gate.

"If you could make $2000 on a good night's racing you were pretty happy - it would just about cover the cost of racing," Mr Scott said.

"We've grown it. We had 10 events last year and every event made good money and was a success."

Now the New Zealand speedway community is standing up and taking notice of the club's exploits built on hard graft from volunteers who have been doing it "for the love of it". 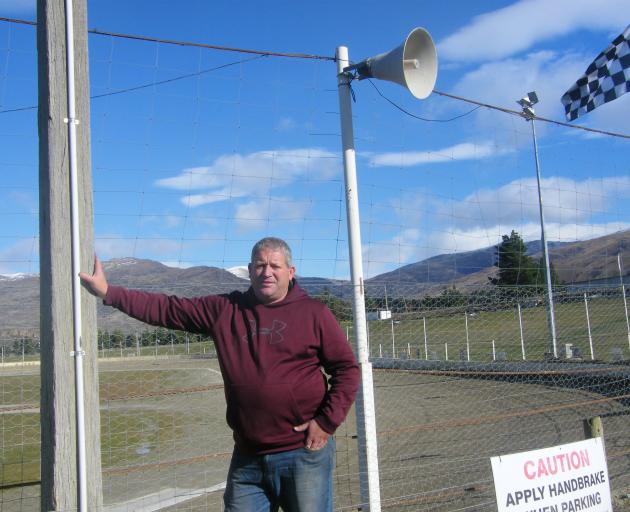 The event, which was won by American teen Buddy Kofoid, attracted about 4500 spectators through the gate across the two days of racing.

It trumped 20 other speedway clubs who were gunning for the accolade with their respective events.

"It's [the event award] pretty hard to get," Mr Scott said.

"You're competing with Palmerston North who do their Super Team Stock events - they're getting crowds of like 20,000 people for the weekend. They're dealing with a $3million to $4million event, so that's what we're up against."

Efforts had been made over time to improve the organisation and running of speedway events.

Providing a spectacle for fans of all ages has been another key for the club, as speedway representatives know it is "not just about the racing".

The likes of Auckland's Western Springs Speedway and Baypark in Tauranga were other major speedway spots which the Central Otago site was going toe-to-toe with, Mr Scott said.

Although the esteem of the North Island events was a level Central Speedway wanted to aspire to, the family-friendly Cromwell track was "punching above its weight".

"At the end of the day, Cromwell is the best sprintcar track in the country, and everyone at Western Springs will back us on that."

In a smaller region, however, the ability to secure volunteers and Speedway New Zealand officials for speedway meetings remained an ongoing challenge for the club.

Mr Scott said many speedway volunteers were pulled from outside Cromwell.

Beyond the impending season, which gets under way next month, the biggest priority now for the club is continuing its lease at the speedway site, on Cromwell's Sandflat Rd. The lease is up for renewal in 2025.

The speedway was developed by the late Ron Spriggs in 1980 to draw people to Cromwell and bring some family entertainment to the district. 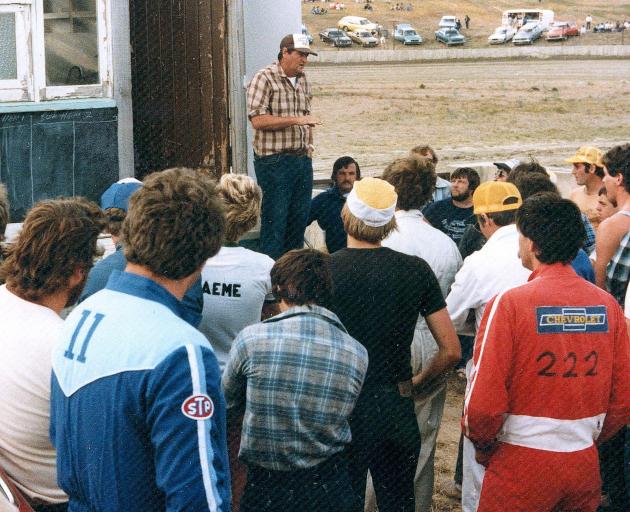 The late Daryl Ainsley on top of his super saloon during a pre-race parade of cars at a 2015 Central Motor Speedway event. PHOTO: SUPPLIED
Members of the speedway community said the club had achieved that objective.

When interviewed by the Otago Daily Times in April last year, the late Daryl Ainsley spoke of how integral the club had been in attracting people to the district and his hope to secure its future long term through the renewal of its lease.

"The council at the time was fully supportive of the idea [establishing the speedway] as it wanted to bring people to the relocated Cromwell, and so it granted a long-term lease for the speedway on council land," he said.

"We hope to negotiate its [the lease] continuation after that with the Cromwell Community Board.

"We believe that early relationship, helping council bring people to the district, is significant, and we believe what we provide is important for the district."

The speedway stalwart and former club president died tragically about a month later.

Having had its inaugural event earlier this year, the Daryl Ainsley Memorial Meeting is now a significant date on the Central Speedway calendar.

The event is next scheduled for March 20-21 next year.

About $2million has been spent on improvements at the speedway over the past decade.

The club is hopeful the contribution the speedway had made to the district would not be forgotten by the community's leaders and planners.

Mr Scott said the speedway had become a regional asset, as the club continued talks over its future with the Central Otago District Council.

The Cromwell Community Board would also have a say on the matter, once the club had made a plan to renew its lease, or buy the land from council.

The uncertainty surrounding the Winton Group's controversial bid to build a 900-lot development on land next to Highland Motorsports Park and the speedway site was another complication for the club, Mr Scott said.

The late Daryl Ainsley on top of his super saloon during a pre-race parade of cars at a 2015 Central Motor Speedway event. PHOTO: SUPPLIED
A decision around the proposal is expected before the end of the year.

"If that ever went ahead it would be a conflict with the speedway," Mr Scott said.

He said there remained strong support for the speedway from the local community.

"It is part of what Cromwell is.

"Tony Quinn did an amazing job there [Highlands] and I'd like to think we've done the same.

"If we can put on good quality events and get the support, then the speedway will stay here.

"It's something that you never want to lose."